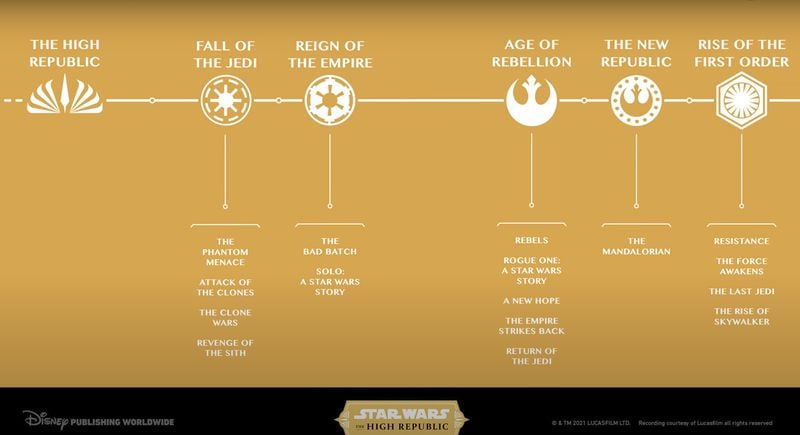 The High Republic is the oldest era in the new Star Wars timeline. The Jedi Order reigns supreme and there is peace throughout the galaxy and expansion into the Outer Rim has begun.

The Fall of the Jedi

Reign of the Empire

Solo: A Star Wars Story and The Bad Batch are set during the Reign of the Empire era. Imperial forces rule throughout the galaxy. The stories of popular characters such as Han Solo and Chewbacca took place during this era.

The Mandalorian, Ahsoka, Rangers of the New Republic, and The Book of Boba Fett take place during The New Republic era. The former Rebel Alliance has its own government on the core planets while the Outer Rim is controlled by the Imperial remnant.

Rise of the First Order