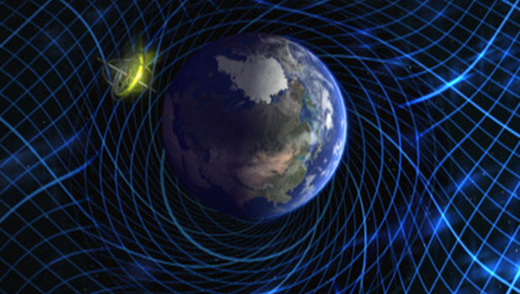 There are many documented cases of demonic entities and ghostly spirits inhabiting inanimate objects.  Historical accounts of books, vases, boxes, automobiles and of course, houses, have been reported to become “possessed” with otherworldly spirits but one of the most common inanimate objects subject to demonic or ghostly possession are toys – particularly children’s’ dolls.

The demonic possession of Annabelle the Doll

Most readers are familiar with the case of Annabelle the Doll, the Ed and Lorraine Warren investigation of the demonic entity that dwelt inside a Raggedy Ann Doll (and mentioned in the movie, The Conjuring). The doll had been given to a young nursing student as a birthday present from her mother. Shortly thereafter, the woman (Donna) and her roommate (Angie) noticed that the position and location of the doll would periodically change – even when nobody was present inside the apartment. They then began to notice childlike messages scribbled on paper and on the walls of the apartment. The messages were typically found in locations near Annabelle the Doll. The mysterious happenings culminated one evening when a friend, Lou, awoke with bloody claw-like scratches covering his body.  He told Donna that before he had gone to bed, he had investigated a strange noise he had heard coming from Annabelle the Doll’s room.

In an effort to determine what was causing the mysterious occurrences surrounding Annabelle the Doll, a séance was held during which the medium informed participants the doll was possessed by a young girl named Annabelle.  Annabelle had resided on the property before the apartments were built. According to the medium, Annabelle was just seven years old when her lifeless body was found in a field where the apartments now stood. At the recommendation of the Warrens, an exorcism of the apartment was performed, and at Donna’s request, the Warrens took the Annabelle doll into possession. Once Annabelle the Doll was taken from the apartment, the mysterious noises, writings, and attacks stopped.  The doll is now housed in the Warren’s museum – in a sealed glass case.

In October 2004, a Galveston, Texas woman purchased a New Orleans Voodoo doll on EBay. The doll arrived bound and tied in a metal box with instructions to not remove the doll from the tin box. In what the woman later described as a “real big mistake”, she ignored the warnings and removed the doll from the box to display in home. Almost immediately, the woman said, the doll “attacked” her. She placed the doll back in its box but told family members the doll continued tormenting her in her dreams

Fearing for her life, the woman attempted to burn the doll but no matter how hard she tried, the doll could not be ignited. She attempted to cut the doll into pieces but the blades of the scissors broke off. Finally, she took the doll to a nearby cemetery and buried it only to arrive home to find the dirt-covered doll sitting on her front doorstep. Ultimately, she decided to rid herself of the doll in the same manner she had acquired it – sell it on EBay.

After a short period of possession, the EBay purchaser wrote to her explaining that the doll had mysteriously disappeared. The woman checked her front doorstep and as feared, there lay the doll. She next sold it to another man on EBay who wrote back that the box had arrived empty. Again the doll was found sitting on her front doorstep. The woman finally sought help from a local paranormal investigation agency who took possession of the doll and continue studying it today.

Mandy was created by an English doll maker sometime in the early 1900’s. After claiming to hear the doll cry out at night (the owner kept the doll in his basement), he “donated” it to the Quesnel Museum in British Columbia in 1991. Shortly after taking up her new residence in the museum, employees began reporting strange occurrences to their supervisors. Objects would go missing and turn up later in odd locations – under a table or behind a bookshelf. Footsteps would be heard when nobody else was around.  And most disturbing to the employees, the doll’s gaze seemed to follow them when they moved across the room.

Today museum operators say the doll cannot be kept in display cases with other dolls because she “harms them”. The doll is on display in the museum inside a separate glass case.  Many visitors to the museum report that the doll’s eyes follow them when they move and in some cases, appear to blink.

Robert the Doll (known variously as Robert the Haunted Doll, Robert the Evil Doll, Robert the Possessed Doll, or Robert the Enchanted Doll) was first owned by talented Key West artist and book author Robert (Gene) Eugene Otto who was given the doll in 1906, when he was just six years old, by an angry Bahamian servant who was well-versed in black magic and voodoo.

Throughout his youth, Robert the Doll never left Gene’s side. It even had its own place at the family dinner table. Despite the “friendship” and love Gene had for the doll, its powers grew in intensity and devilishness as Gene grew older. The Otto family reported that sometimes the doll would emit a terrifying giggle. They began to catch glimpses of the doll skittering from room to room, staying just out of sight. On more than one occasion, Gene would scream out in the middle of the night and when his parents ran to the room, they would find furniture knocked over and Gene in bed holding Robert the Doll, looking incredibly scared, telling them, “Robert did it!”

You can read the complete story of Robert the Doll here.

People who have purchased haunted dolls

Unbeknownst to many, there is a market for haunted, or possessed, dolls.  Retailers of course, pitch the toys as “friendly”, housing the remains of “lovable spirits”.  Once purchased and brought home however, owners often report bizarre happenings.

Brittany Benton of El Dorado, Arkansas, took possession of a haunted doll named “Sally”. Sally was purchased from a dealer who specialized in the sale of haunted or possessed dolls. Shortly after taking ownership of Sally, Benton began to dream about the doll and sometimes awoke to the scent of flowers in her room. According to Benton, her “special doll” sometimes causes pictures and photos to fall from the walls of her home and often emits an “orb” when anyone tries to take a picture of her.

Peter is owned by Sky Ryde of Lincolnshire, England. According to Ryde:

“When peter arrived I knew straight away that he was something very special, such a beautiful doll and so soft, one of those dolls that you just want to hold all of the time.”

Those feelings quickly changed however.

“The first night that I had him. I had no sleep at all…. I kept hearing conversations, running water….. my lips and arms kept going numb as I felt rushes of air go over me.”

A skeptic is turned into a believer

Julie McKeith of Glasgow, Scotland came into possession of a “possessed” doll her husband purchased from a haunted dolls dealer for her birthday – as a joke, . McKeith was a self-proclaimed skeptic when the doll arrived at her home. However, soon after the doll arrived, events in the household made McKeith a believer.

“Since having her her we have heard laughing, crying and singing coming from the doll itself. I have also seen shadows move past me in the hallway and feel a definite presence in the house.”