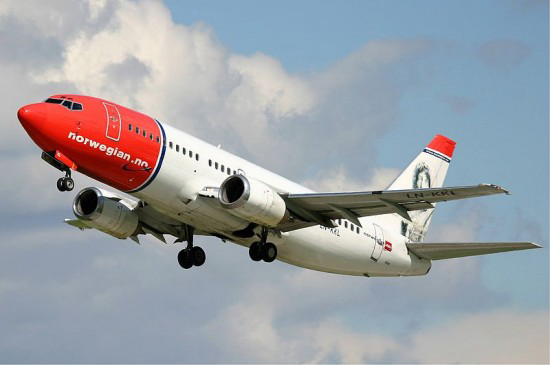 On February 28, 1996, at 12:50 AM, during a time when an abundance of UFOs were being reported over America’s Midwest region, two commercial aircraft, Air Shuttle 5959 and Mesaba Airlines flight 3179, simultaneously reported seeing an unidentifiable flying object hovering in the night sky over Detroit, Michigan. The conversation between the two airline pilots and the Cleveland control tower was recorded and revealed that pilot and crew from each aircraft both described seeing a large, brightly lit, pulsating, disc-shaped UFO hovering in the sky. The incident was never openly covered in the public press and remained relatively unknown for many years afterward. Photographs taken of the object have never surfaced.

Air Shuttle 5959 was on a routine route to Cleveland while Mesaba 3179, a Bombardier Dash 8 airplane, was travelling from Detroit Michigan to Pellston, Michigan in the early morning hours when pilots of both aircraft spotted something odd in the sky. Air Shuttle 5959 radioed the Cleveland control tower to report a bright, pulsating light flying closely underneath their airplane.  They asked if any other aircraft were in the area.

Cleveland air traffic control responded, indicating radar showed there were no other flights in the area, and suggested that possibly the light was a beacon light emanating from the ground, reflecting light off the clouds to make it appear as if an object was flying through the air underneath the plane. In response, Air Shuttle 5959 turned and descended a few thousand feet – and the object, described as a pulsating light which spun like a Frisbee, became visible above them.  This was no “beacon light” on the ground.

Mesaba 3179 was in the area and monitoring the conversation between AS 5959 and Cleveland control tower. Mesaba pilots joined in and informed the Cleveland tower that they too were seeing the same UFO – a brightly lit object with rotating, pulsating lights. They even tried to signal the UFO by flashing the lights on their airplane but received no visible response.  All parties to the sighting were bewildered with no explanation for what they were seeing.

During the conversation between the aircraft and the control tower, Mesaba 3179 revealed that they (the pilots) had taken pictures of the unidentified flying object. It was later learned that a passenger had also taken pictures of the object. What happened to those photographs remains a mystery – to date they have not surfaced.

Complete transcript of communications between Air Shuttle 5959, Mesaba 3179, and the Cleveland Control Tower

Here is the complete transcript of the communications between Air Shuttle 5959, Mesaba 3179, and the Cleveland Control Tower (actual recording at bottom of article).

Air Shuttle 5959: Air Cleveland, this is 5959. We see traffic out there. Ah…twelve to one o’clock. Ah…low altitude. Do you have him on the radar?

Cleveland Control: Air Shuttle 5959, that’s a negative. Sir, I don’t have anything out in front of you at twelve to one o’clock.

Cleveland Control: He’s down well below you or can you get an estimate on an altitude on him?

Air Shuttle 5959: Well, that could be really difficult. Ah…we’re between layers here. I’m just gonna estimate two-three thousand feet below us. Maybe and ah…sort of a pulsating light about, I don’t know, ten miles out.

Mesaba 3179: Was that northwest of Detroit did you see that light?

Cleveland Control: Air Shuttle 5959, is that traffic, ah…that you saw earlier? Do you see him out there any longer?

Air Shuttle 5959: [This is] Air Shuttle 5959, that’s affirmative and it’s a light that kinda…it goes dim and it gets bright. I don’t know if we’re getting closer to it or what? But it looks like a rotating light around it like ah…like a Frisbee type thing that’s going around it.

Cleveland Control: Mesaba 3179, do you see the same thing?

Mesaba 3179: Ah…sir, I saw it coming out of Detroit and I wondered…ah…all I saw was just a couple really bright flashes of light and it almost looked like lightning and it caught my eye. And then I kept watching it and then it looked a little bit less bright. But it looked like it was underneath the cloud deck to me. And this was just as we were coming out of Detroit.

Cleveland Control: Ok, and can you get an altitude on it at all?

Mesaba 3179: The light that I saw was just like, maybe, I don’t know…twenty-five miles northwest of Detroit. Is it what you’re referring to or you’re talking about the light at our twelve o’clock now about ten miles?

Cleveland Control: Any kind of target off to your twelve o’clock?

Mesaba 3179: Ah…we have some kind of white light out there at twelve o’clock and the captain ah…says it’s pulsating [someone breaks in and interrupts the conversation]. It looks like oncoming traffic. But it’s just sitting about the same place that it’s been the whole…here about ten or fifteen minutes we’ve been watching it.

Mesaba 3179: 3179, that target looks like it’s ah…below us. I would guesstimate maybe ten thousand feet.

Cleveland Control: Around ten thousand feet, would you think it might be like a reflection? Ah…maybe perhaps off a beacon that for some reason, it’s just one of those weird things. Ah…natural phenomena that you’re getting a reflection, cause I got nothing out there.

Mesaba 3179: I don’t know. I mean we can see a clear, you know, relatively solid cloud deck…ah…below us and this is definitely ah…distinct whitish ah…well, now it’s looking a little red and greenish white, sort of pulsating light and it is consonant. It’s not a beacon.

Cleveland Control: Ok, sir. We’re checking on it right now. I still don’t have anything out in front of ya at all that I’m showing. I appreciate you coming back to the frequency and letting me know.

Air Shuttle 5959: I’ll keep you advised. I tell you what that is weird. It keeps sitting there pulsating.

Cleveland Control: Mesaba 3179, where is it relative to you right now?

Cleveland Control: I’m trying to do a little investigating as to what this might be. If you would keep me advised on this.

Mesaba 3179: Ok, sir. I’m gonna blink my lights at him and see if I can get any reaction. 3179, was the other guy that saw that light was he headed southeast bound or was he headed the same direction we are going?

Cleveland Control: Well, he was inbound to Saginaw and actually when I sent him over to Saginaw, I expected that was gonna be the last I heard from him. He came back up on the frequency and advised me that his clearance was down to four thousand now and that he said that what he saw, was still up above him and was like a red…he said it was red and green light that was pulsing and like rotating. He said he would keep me advised and give us a report once he got into Saginaw. You don’t have a camera on board, do ya?

Mesaba 3179: We could probably get one from one of the passengers. You want us to ask?

Cleveland Control: Yeah, that would be kinda interesting to have a couple of pictures. I think it…ah…might make our case a little better.

Mesaba 3179: Ok, 3179, we got a passenger taking a picture of it right now and ah…we have a flight attendant who says that ah…they might have saw the same thing the other night.

Cleveland Control: Mesaba 3179, I copy that. Ah…Mesaba 3179, when you flashed your lights, did you get any response?

Cleveland Control: Ok, Mesaba 3179, I’m gonna send you over to Minneapolis now sir. Is it still on your twelve o’clock?

Cleveland Control: Ok, so it’s off your right side about two o’clock. I’d sure be interested to see those pictures. Can I ah…get you an address that you might be able to send a copy, if you guys get a copy of them?

Mesaba 3179: Yeah, sure. We can do that and actually we made a right turn and he’s off about ten to eleven o’clock.

Cleveland Control: Ok, so he’s off your left side. Ok.

Mesaba 3179: Ok, thirty-two-nine. We’ll see ya. I wonder if those pictures will show anything?

Mesaba 3179 Captain: I Just want you to know that I took a picture, as captain on the left side. I also took [unintelligible] of some of the stars above, so the lowest light on those pictures. The only single light at the bottom of the picture should be ah…what you’re looking at. And you might be able to get a position with the sky if you want to go that far.

Mesaba 3179: It was an instamatic camera. Good night sir.

Recording of communications between Air Shuttle 5959, Mesaba 3179, and the Cleveland Control Tower

Below is the actual cockpit recording of the conversation between Air Shuttle 5959, Mesaba 3179, and the Cleveland Control Tower.

Air Shuttle 5959 Cleveland while Mesaba 3179 travelling from Detroit Michigan to Pellston, Michigan via Google Maps with usage type - Fair use with modification