Meet Rowan and Ronan Kent for the first time. The future of the Superman family unfolds in this historic one-shot issue of Future State Superman House of El #1.

Meet Rowan and Ronan Kent for the first time. The future of the Superman family unfolds in this historic one-shot issue of Future State Superman House of El #1.

Centuries into the future, the bloodline of Kal-El, the hero we know as Clark Kent, continues. Meet a new generation of Kryptonian heroes as they stand against one of the greatest threats they’ve ever faced: a diabolical foe called the Red King. Get ready for the unexpected debuts of the twins known as Rowan and Ronan Kent, descendants of Jonathan Kent. Rowan is the new Superman of Earth, while his sister is a Blue Lantern. Also on board are Theand’r Ban-El, whose mother was Tamaranean, and other heroes—all led by the original Man of Steel himself! Plus, don’t miss an appearance by the Black Racer! See how the future of the Superman Family comes together in this wild, extra-size special!
(W) Phillip Kennedy Johnson (A) Scott Godlewski (CA) Yanick Paquette 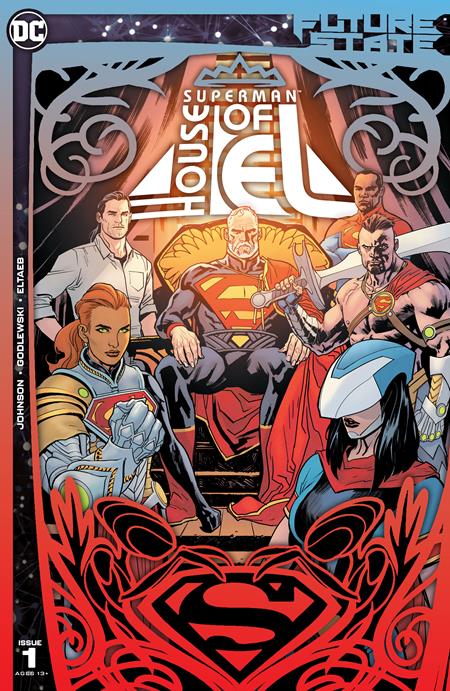