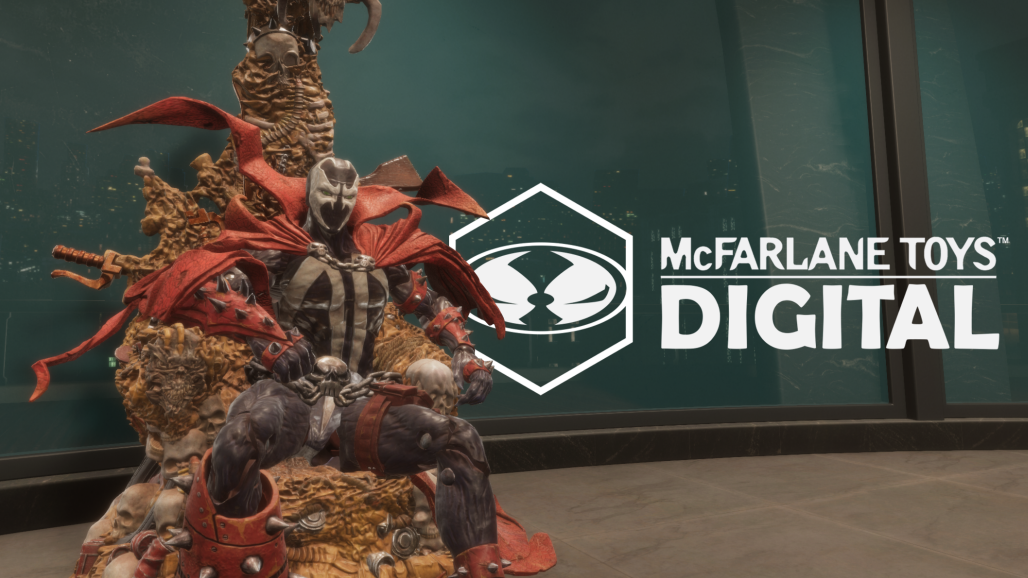 McFarlane Toys, the toy company founded by famous comic book creator Todd McFarlane, will be releasing its first-ever digital collection featuring classic McFarlane Toys’ characters including Spawn, The Redeemer, and The Clown, with the first release being the SPAWN LAUNCH SERIES. This exciting collection allows fans to purchase and engage with action figures in a whole new way.

The digital assets will be released across the McFarlane Toys portfolio concurrently with their physical counterparts, bundled with physical, or as digital-only releases. Important pieces from McFarlane Toys’ thirty-year history will be released as digital-only. This new and exciting detailed content has been created by the same artists and development teams that work with AAA game studios like Sony, Riot Games, Infinity Ward, Treyarch, EA, 2K, and many more.

At launch on December 1st, McFarlane Toys will release a viewer app on PC featuring gallery spaces that consumers can build and decorate. This also includes sharing features, and gamification. Everything consumers do in the app with their collection will earn them experience points to unlock exclusive rewards and drops. The digital collectible marketplace is accessible through McFarlaneToys.Digital.

“We have seen the emergence of digital collectibles as a new way to engage with fans and the toys they love. This unique space allows us to build a better platform and digital experience that can only enhance the traditional art of collecting and create a collector space that can house an infinite number of toys.”