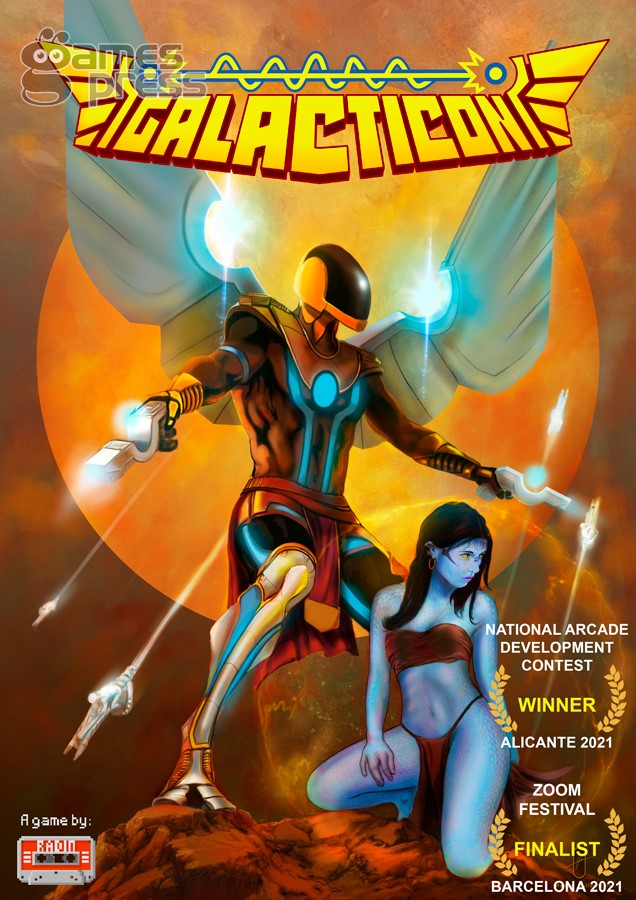 Galacticon is a video game with the look and feel of the arcade machines of the early 80’s in the style of the Williams classics: Defender or Joust, with sidebar touches of the legendary Space Invaders or Asteroids, and a few clever puzzles to enhance your score.

According to game maker, Flynn’s Arcade:

“Humans are tiny creatures of an outer belt planet that thanks to their biomechanical monstrosities have invaded, exploited and enslaved most species in the galaxy. The interstellar council has met for the first time in eons has determined that there is only one option left to exterminate this plague… an option that has always been feared because it could be as powerful as dangerous: Invoke the Galacticon, a deadly legendary creature -half God, half machine- and pray everything goes well…”

Galacticon features incredible gameplay, frenetic action, and the aesthetics of 8-bit animation in a modern formfactor. The game provides infinite levels that of course, become progressively more difficult. It’s an easy game to play – but a bitch to master. Oh, and did we mention secret bonuses in each level!

Galacticon will be available on Nintendo Switch and Steam ono 5/22/2022. Rumors say there will be a big discount during the first week of release.

Check it out the trailer below.