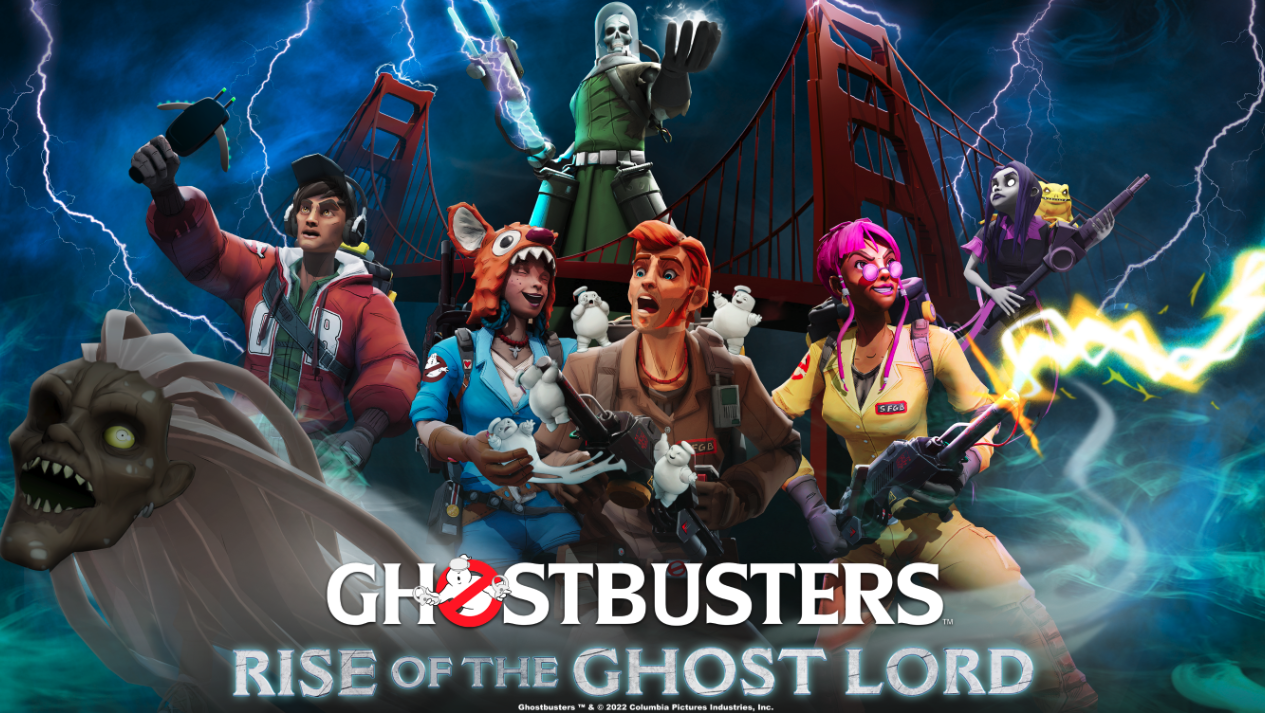 About Ghostbusters: Rise of the Ghost Lord

Sony Pictures Virtual Reality (SPVR) has revealed the name of their hotly anticipated VR game based on the Ghostbusters franchise, Ghostbusters: Rise of the Ghost Lord, coming to Meta Quest 2 and PlayStation VR2 in 2023.

Ghostbusters: Rise of the Ghost Lord, developed by award-winning VR developer and publisher nDreams and published by Sony Pictures Virtual Reality, was first announced at the Meta Quest Game showcase in April 2022. This exciting new chapter in the world of Ghostbusters will see players step into the boilersuits of a new cast of characters at the start of their journey running their own ghost-busting headquarters out of San Francisco. Legendary locations in the city such as the Golden Gate Bridge will be brought to life across an extensive and engrossing campaign where players can go solo or team with up to three friends in co-op to stop the powerful Ghost Lord and his band of malevolent ghosts from causing chaos throughout the city. With the ability to wield and upgrade iconic Ghostbusters equipment and customize elements of their characters’ look, Ghostbusters: Rise of the Ghost Lord lets players truly live the life of a Ghostbuster with all of the fun and frights that come with it.

Sony Pictures Virtual Reality (SPVR) is the award-winning virtual reality (VR) division of Sony Pictures Entertainment (SPE). SPVR is dedicated to growing the business of immersive entertainment through the production and distribution of VR games and experiences globally, across all consumer channels including in-home and location-based entertainment. SPVR has published several popular VR games including Spider-Man: Homecoming VR, Spider-Man: Far From Home VR, Groundhog Day: Like Father Like Son, Can You Walk The Walk, Jumanji: Reverse The Curse and Ghostbusters: Dimension in collaboration with The Void, Men In Black: First Assignment in collaboration with Dreamscape and, most recently, co-published Zombieland: Headshot Fever.