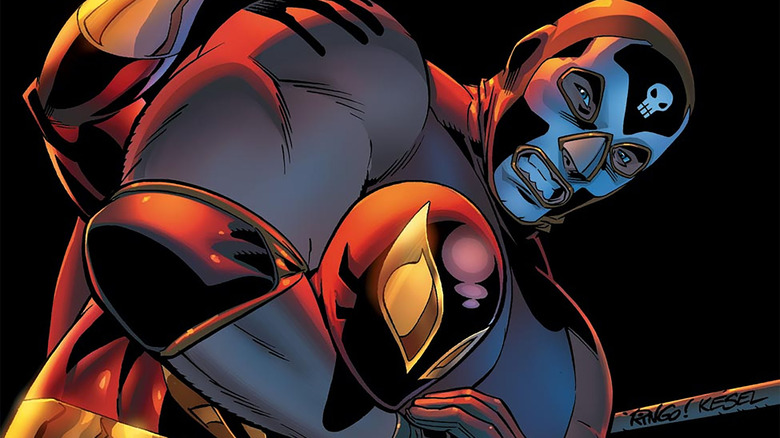 About the El Muerto movie.

A wrestler gains super power through a mystical mask who originally fought Spider-Man in a charity wrestling match in which he nearly unmasked the webslinger before being stung by Spider-Man with a paralyzing poison.

Following the success of “Spider-Man: No Way Home” and the heels of the recent vampire flick “Morbius,” Sony has announced they are going to release another Marvel movie with a character many fans might not know: El Muerto. “El Muerto” will follow a Latino superhero who also moonlights as a Luchador and must overcome his fears in order to carry on his family’s legacy. El Muerto will be played by none other than Puerto Rican rapper Bad Bunny.

“El Muerto” will be the first Latino character to lead a Marvel live-action film, making this a pretty big moment. In the comics, El Muerto gets his superpowers and wrestling mask from his family line, and they are passed down through the generations as long as the new El Muerto can prove themselves by defeating the evil El Dorado. Juan Carlos Estrada is the latest member of the family to take on the mask and title, though he’s too afraid and his father dies trying to stop El Dorado. The villain gave Juan Carlos a decade to gain his bravery, then duel another wrestler. If he can unmask the other wrestler, he will regain the right to be El Muerto. He ends up fighting Spider-Man, in a match organized by J. Jonah Jameson that almost ended with Peter Parker’s identity revealed. Later, Spider-Man rescues El Muerto from El Dorado for “failing” the test, and the two end up working together to try and defeat the villain once and for all.