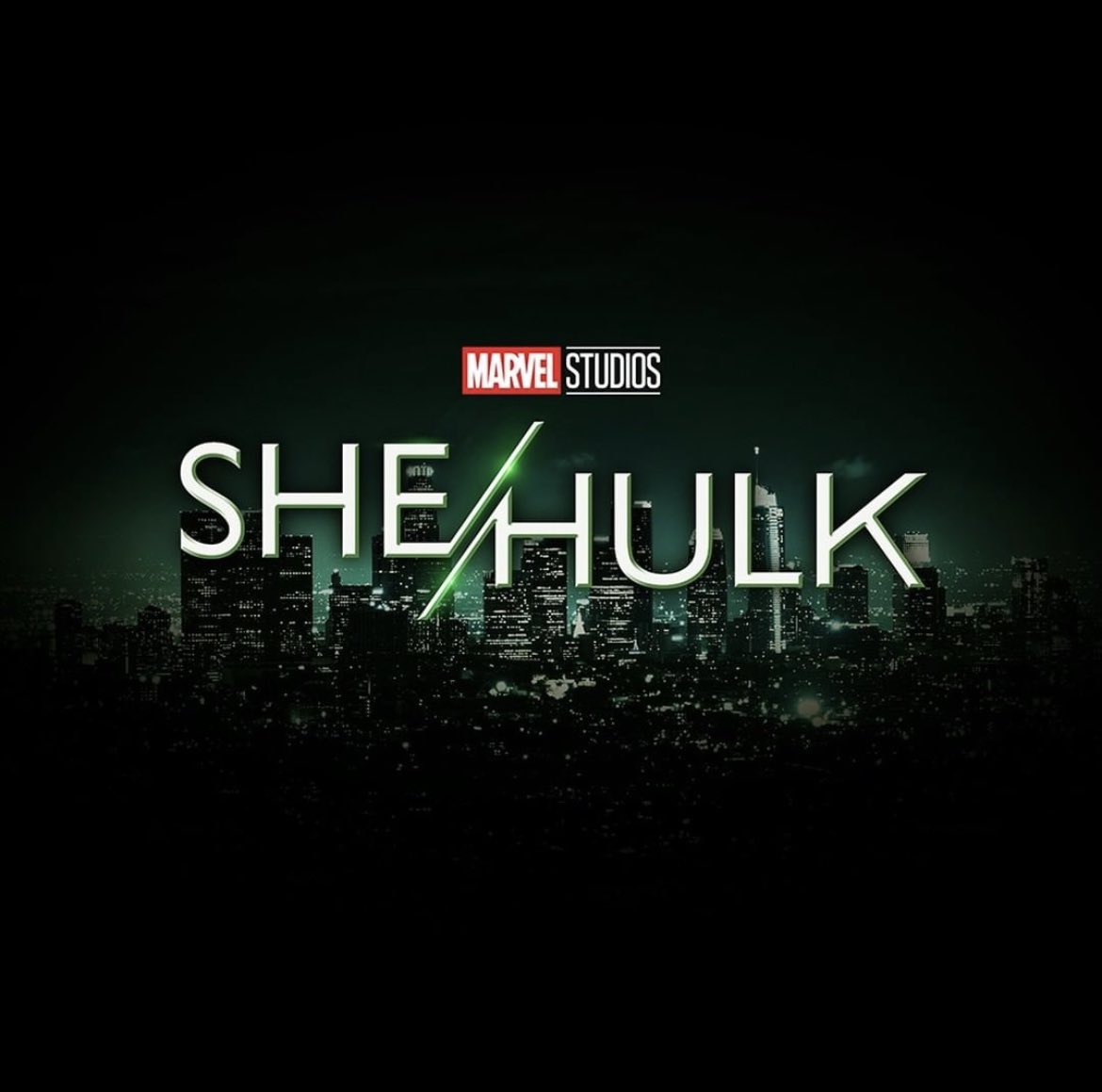 About the She-Hulk TV series.

The Disney+ She-Hulk TV series is based on the Marvel Comics character of the same name. It is set in the Marvel Cinematic Universe (MCU), sharing continuity with the films of the franchise. The series is produced by Marvel Studios, with Gao serving as head writer.

Filming began in mid-April 2021 in Los Angeles and Atlanta, Georgia. The series was previously expected to begin filming on July 6, 2020, but was postponed due to the COVID-19 pandemic.

She-Hulk is scheduled to be released in 2022, and will consist of ten episodes. It will be part of Phase Four of the MCU.

In August 2019, Marvel Studios announced at the D23 conference that a series based on She-Hulk was being developed for the streaming service Disney+, to be set in their shared universe the Marvel Cinematic Universe (MCU). That November, Jessica Gao was hired to serve as the head writer. In September 2020, Kat Coiro was hired to direct the first and final episodes plus four others, and to executive produce the series, while Anu Valia had also joined as a director by December 2020. Valia said she was directing a few episodes of the series and described Coiro as the series’ “visionary leader”.

The series will consist of ten 30-minute episodes, equaling approximately six hours of content. In February 2021, Marvel Studios President Kevin Feige stated that some of their series, including She-Hulk and Moon Knight, were being developed with the potential to have future seasons made, in contrast to series like WandaVision (2021) which were developed as limited events that lead into feature films instead.

Feige has described the series as a “half-hour legal comedy” that would be faithful to John Byrne’s take on She-Hulk in Marvel Comics. Dana Schwartz, Melissa Hunter, Cody Ziglar, and Kara Brown serve as staff writers on the series. By early May 2020, work on the series’ scripts had ended.

We don’t quite think it’s any reason for alarm but industry insider Jeff Sneider revealed on a recent podcast, that the upcoming She-Hulk TV series is rumored to be experiencing “creative issues” in post-production.

“I’ve heard not good things behind-the-scenes… and I’ve asked whether it’s Moon Knight or Ms. Marvel or Secret Invasion or any of these [projects], they are always like, ‘She-Hulk is the one that could be a problem… I’ve heard it from people working on it, from people actually working on it who are just like, ‘We’ll see.’ I think that’s a lot of Marvel things, honestly, and you know where it’s just like, ‘Ugh, this could be really stupid, like we’ll see.’ I’m sure people making Guardians of the Galaxy felt that way, right? And most of the time [Marvel] pulls it out. But there will come a time where they won’t, that’s just the laws of moviemaking, the laws of numbers.”

Lead actress Tatiana Maslany shared a pic on Instagram that shows her motion capture rig. In the photo, you can see the tiny motion capture dots on her forehead along with an expressionless green model head she has to wear to extend She-Hulk’s height to 6’7″.

We’ve seen various techniques applied to render The Hulk on film but lead actress Tatiana Maslany confirmed that her version of She-Hulk will follow modern-day movie standards and will be 100% computer generated. In a recent podcast she said:

“It’s all CG… I’m in mo-cap the whole time. I’m on platforms with mo-cap where I have a little head on the top of my head…”

Actress Jameela Jamil shares behind-the-scenes photo of her and the stunt crew. November 14, 2021

Jameela Jamil is starting to heat up in her role as the lead in the upcoming She-Hulk series. Today she shared the series logo and a pic of her posing with her stunt crew.

“Shout out to my amazing stunt team. Who taught me everything and kept me safe. Stunt crews deserve so much more recognition in film and TV. GIVE THEM AWARDS AT MAIN CEREMONIES DAMMIT. We can’t do anything, in action projects, without them.”

Josh Segarra (Arrow’s The Hood) has joined the cast of Marvel’s She-Hulk series with Tatiana Maslany. He joins a cast that includes Renée Elise Goldsberry, Ginger Gonzaga and Mark Ruffalo, who will be reprising his role as Bruce Banner aka the Hulk. It has not been specified what role Segarra will play.

Last month, it was reported that actress Jameela Jamil joined the cast of Marvel Studios’ upcoming Disney Plus original series She-Hulk. Now we have official confirmation through a TikTok video that she has joined the cast that also includes Tim Roth as the Abomination, Ginger Gonzaga and Renee Elise-Goldsberry. Jameela Jamil is expected to play the villain Titania, who in the comics was caught up in Marvel’s 1984 series Secret Wars and was taken by Doctor Doom.