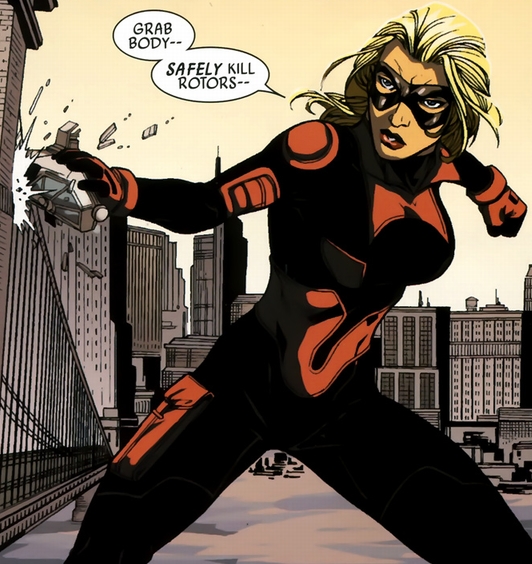 Introduction to Ant-Man and the Wasp: Quantumania

Ant-Man and the Wasp: Quantumania stars Scott Lang as Ant-Man and Hope Pym as Wasp. Produced by Marvel Studios and distributed by Walt Disney Studios Motion Pictures, it is intended to be the sequel to Ant-Man (2015) and Ant-Man and the Wasp (2018) and the 32nd film of the Marvel Cinematic Universe (MCU).

Ant-Man and the Wasp: Quantumania is directed by Peyton Reed from a screenplay by Jeff Loveness. Other cast include Michael Douglas, Michelle Pfeiffer, Kathryn Newton, Bill Murray, and Jonathan Majors.

Plans for a third Ant-Man film were confirmed in November 2019, with Reed and Rudd returning. Loveness was hired by April 2020, with development on the film beginning during the COVID-19 pandemic. The film’s title and new cast members were announced in December 2020. Filming in Turkey began in early February 2021, while principal photography had begun by mid-June at Pinewood Studios in Buckinghamshire and in San Francisco, and will last until 2022. Shooting will also occur in Atlanta.

Ant-Man and the Wasp: Quantumania is scheduled to be released in the United States on February 17, 2023, as part of Phase Four of the MCU.

Bill Murray confirms he appears in Ant-Man and the Wasp: Quantumania – as a villain. January 10, 2021

In a recent interview on The Eli Manning Show, actor Bill Murray (Ghostbusters) confirmed that he is appearing in the upcoming Marvel sequel Ant-Man and the Wasp: Quantumania and that his role will be that of a villain. When Manning casually asked, “Aren’t you in like a superhero movie coming out?” and inquired what Murray’s superpower was, the actor replied, “My power is, I’m a bad guy.” He would say no more than that.

Ant-Man and the Wasp: Quantumania movie merch given to crew shows the official logo plus a hidden surprise. December 3, 202

A stunt member from Ant-Man and the Wasp: Quantumania gives us this interesting photo of a T-Shirt given to the film’s crew. In the photo below, we see the official Ant-Man and the Wasp: Quantumania logo and a picture of Ant-Man’s destroyed helmet. But look closer. See that figure reflected on the helmet? That’s Kang the Conqueror in his purple garb. It was already suspected Kang would play a role in the film but this is solid evidence that an appearance is imminent.

It looks like Marvel is inserting Kang in various films, similar to the way they treated Thanos before The Snap.

Ant-Man and the Wasp: Quantumania wraps up filming. November 23, 2021

Director Peyton Reed today announced the completion of principal photography for Ant-man and the Wasp: Quantumania.

“Principal photography on ANT-MAN AND THE WASP: QUANTUMANIA is now complete! Can’t wait to show you all what we’ve been up to…”

Disney announced today, that the release of Ant-Man and the Wasp: Quantumania will be delayed due to production delays. The release date was moved from February 17, 2023 to July 28, 2023.

In a fairly creepy manner, director Peyton Reed announced that filming for Ant-Man and the Wasp: Quantumania has begun. Reed tweeted the following image along with this message.

“It begins. Day One – Principal Photography”

Recall that Cassie Lang loved this little guy in Ant-Man and The Wasp, presumably keeping through the five-year time jump where her father was missing. We’re not sure what part this creepy little rabbit plays in Reed’s newest project – but it’s now stuck in our dreams.

Kang the Conqueror will make an appearance in Ant-Man and the Wasp: Quantumania – thanks to Loki (July 17, 2021).

Back in December, Marvel revealed that Kang the Conqueror would be joining the MCU in Ant-Man and the Wasp: Quantumania. Now we find out from Loki director Kate Herron, that Jonathan Majors nabbed the part thanks to “Loki”.

“It was such a crazy situation. I was in a casting conversation with Kevin Feige, the studio, and Peyton [Reed], and I was like how am I at this table? I think Jonathan was just an actor that we all loved. And really, to be honest, it was just a case of seeing if he was interested, which he was and then just trying to make it work with his schedule, because he’s a very busy man.”

Once Majors was chosen for Loki, the rest of the pieces just fell into place. He was quickly cast as the time-travelling villain for the third “Ant-Man” film.

“We cast him for the role at the same time. When he was cast in that, it was because we knew he was going to be in our show first.”

Once Majors was on board to play Kang, they changed He Who Remains to be a variant of Kang.

“He’s a unique character, there’s a character called He Who Remains in the comics, but our version of that is completely different. He’s a variant of that character.”

Marvel may end up bringing back Corey Stoll as Yellowjacket (July 12, 2021).

According to a new leak, Corey Stoll may be appearing in Ant-Man and The Wasp: Quantumania as Yellowjacket. Stoll played Yellowjacket in the first Ant-Man film.

Oops. Did newly-cast actress Kathryn Newton slip up and disclose a surprise in an upcoming MCU film that Marvel was not quite ready to reveal?

Marvel (and DC) are notoriously tight-lipped. Movies in the Marvel Cinematic Universe are teased with just enough information to make you want more. But every fan knows that a trek to a MCU movie will result in a surprise of some sort. It’s what makes Marvel movies so much fun! But actress Kathryn Newton may have slipped up in her latest tweet and revealed details about Ant-Man and the Wasp: Quantumania that Marvel wasn’t quite ready to reveal.

Kathryn Newton will be the third actor to play the role of Cassie Lang in the Marvel Cinematic Universe (after Abby Ryder Fortson in Ant-Man/Ant-Man And The Wasp and Emma Fuhrmann in Avengers: Endgame). Excited about the new role, she tweeted this:

Last night I dreamed of being a superhero. #marvel #STATURE #CASSIELANG

She cleverly reveals her excitement in a tweet that seems innocent enough. But wait a minute. Did you notice that middle hashtag – Stature. When Marvel Studios President Kevin Feige announced Kathryn Newton as the newest Cassie Lang, he made no mention of Stature. To date, Stature has not been seen in any Marvel movie.

If you recall, Cassandra “Cassie” Lang is the daughter of Scott Lang, aka Ant-Man. She appeared as his daughter in April 1979 – Marvel Premiere #47. But it was not until Young Avengers #6 (May 2006) that she was portrayed as Stature. The storyline closely follows her father’s. After being exposed to Pym Particles, she developed the same powers as Ant-Man, the ability to shrink and grow in size.

The ramifications could be high. Cassie/Stature ties in to many Marvel properties including Fantastic Four, Avengers, Runaways, Jessica Jones, Scarlet Witch, Captain America, Iron Man, and more. If Stature is introduced in Ant-Man and the Wasp: Quantumania, it could be the start of an exciting new storyline.

Image Credits:
• Creepy stuffed rabbit from Ant-Man and the Wasp: Quantummania via Twitter by Peyton Reed with usage type - Social media (Fair Use)