This 1989 Joker Funko Pop Chase Variant celebrates the first appearance of Batman’s nemesis in a full-length feature film (with makeup washing off).

Only 1 left in stock

This 1989 Joker Funko Pop Chase Variant celebrates the first appearance of Batman’s nemesis in a full-length feature film (with makeup washing off).

In 1989, Batman made his first appearance in a full-length feature film. His nemesis in the movie? His most notorious foe, of course, the Joker. The movie reignited everyone’s love for Batman and launched a film franchise that has made billions in box office revenue.

This Funko Pop features the Joker as he was portrayed in the classic 1989 movie by Jack Nicholson. Check out his iconic purple suit and full face of make up reproduced in this figure with a stunning metallic finish. This Pop! is an absolute must for any true Batman fan!

Note: The price of this item on Amazon has almost doubled in 2021. 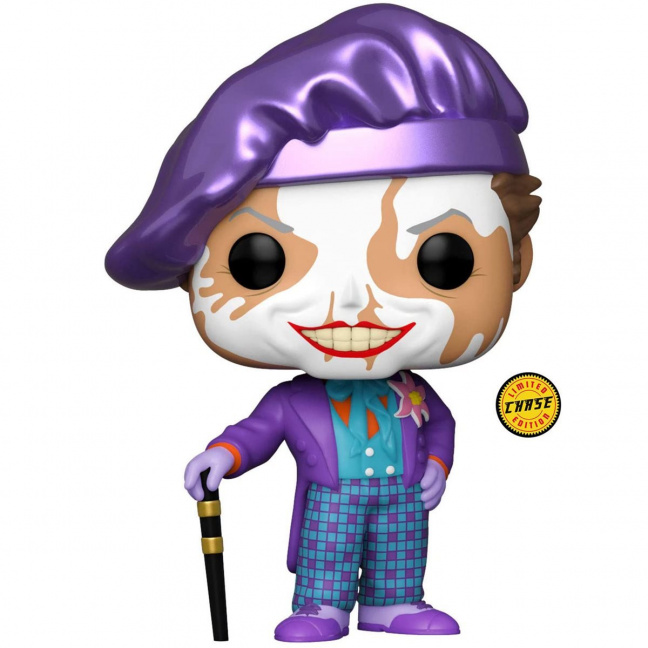