Gone are the days of the big bucket of green plastic army men solders. These toy soldiers are more than your typical “army men” plastic soldier.

These toy soldiers are more than your typical “army men” plastic soldier.

Gone are the days of the big bucket of green plastic army men solders. Today’s toy soldiers are much more sophisticated, of course. This special ops army men set includes eight highly detailed toys soldiers, each with a unique handheld weapon (rifles), and 5-points of articulation (shoulders, hips, and head). Each soldier measures almost 4-inches tall and has a unique body or head mold, different weapon type, and uniquely painted details giving you a variety of special ops warriors for your figure collection.

The first American plastic toy soldiers were made by Bergen Toy & Novelty Co. (Beton for short) in 1938? Following World War II, plastic manufacture was seen as an industry with growth potential with many old and new companies making plastic figures that were widely available in the United States. Army men following the war were sold unpainted, usually in a green color corresponding to United States Army uniforms in World War II. 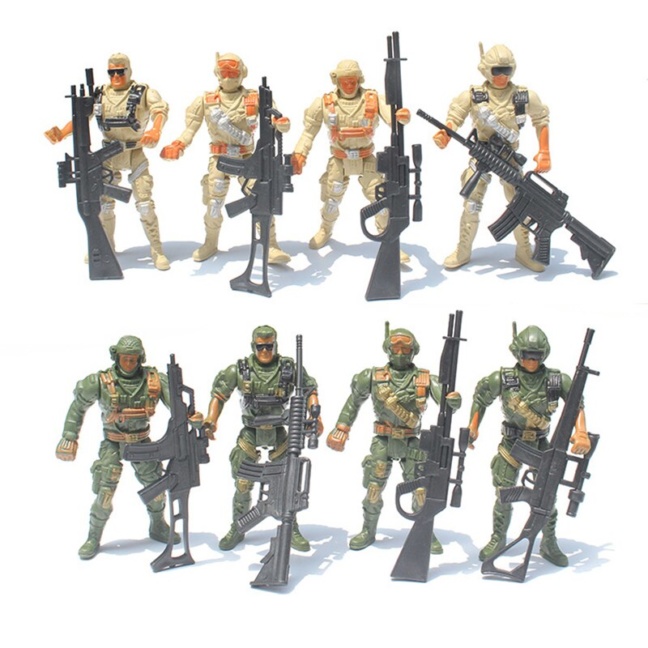