It’s here! A bold new age for the Avengers as they gear up in mech armor. Get the Avengers Mech Strike #1 issue (plus all 3 variant covers) in this unique comic book collector’s pack!

It’s here! A bold new age for the Avengers as they gear up in mech armor. Get the Avengers Mech Strike #1 issue (plus all 3 variant covers) in this unique comic book collector’s pack!

EARTH’S MIGHTIEST HEROES! The Avengers are confronted with an unstoppable new menace, one that is seemingly impervious to their every strength! But the Avengers aren’t so easily beaten, and when new threats arise, powerful new tools must be brought to bear! Suiting up in high-tech individualized armor, the Avengers stand ready for one of their greatest battles yet in the extraordinary new comic series, Join the Avengers as they battle a brand-new enemy…and begin a deadly game of chess with a shadowy mastermind! 32 pages, full color.

“Marvel’s Avengers Mech Strike gets into it from the jump: on page 2 of [issue] #1, the Avengers are head to head with a giant monster that defies any classification that they are familiar with from their past adventures. And even worse, the Biomechanoid seems to be able to counter anything they bring to the table in order to deal with it.

“And even worse… it may not be the only one. The Avengers are in a spot. This is a new threat, and they have to come up with a new way of dealing with it — they’re the Avengers, after all. That’s what they do. And all the while, someone is pulling strings, and the Avengers are in a battle against time to figure out who, and what they can do about it.” 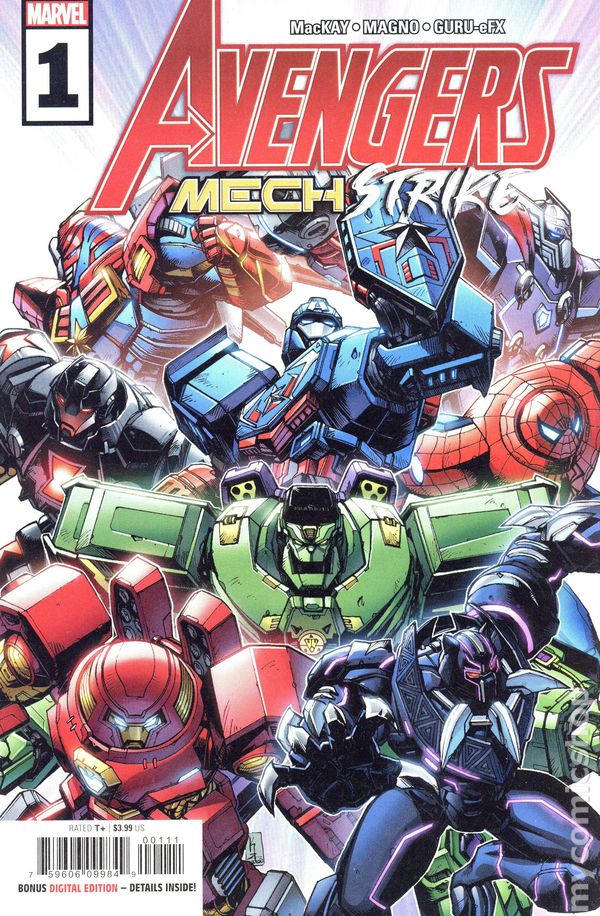