“It’s the car, right? Chicks love the car.” This 1995 Movie Version Batmobile from the hit movie Batman Forever can be  yours for the low, low price of $7.99.

“It’s the car, right? Chicks love the car.” This 1995 Movie Version Batmobile from the hit movie Batman Forever can be  yours.

From Beast Kingdom. Batman fans and petrol heads rejoice! In honor of the 80th anniversary of Batman, join Beast Kingdom in the Batman 80th anniversary Batmobile pullback car series! With a rich and diverse history, Batman’s vehicle of choice has undeniably been the Batmobile. The on-screen depiction of the muscle cars have varied from sleek, to hulking armored battle-tanks, but the one thing they have in common is that these cars can definitely fight their way through any battle! Straight from 1995’s Batman Forever movie, with its alien-esque body with three bat-wings, a hugely unique design, this batmobile was the first to be able to rotate its wheels through 90 degrees giving it the ability to move in a perpendicular direction.

The Beast Kingdom Classic Batmobile pull-back cars measure about 2.5″ long and are the perfect starter collection for DC fans both young and old. 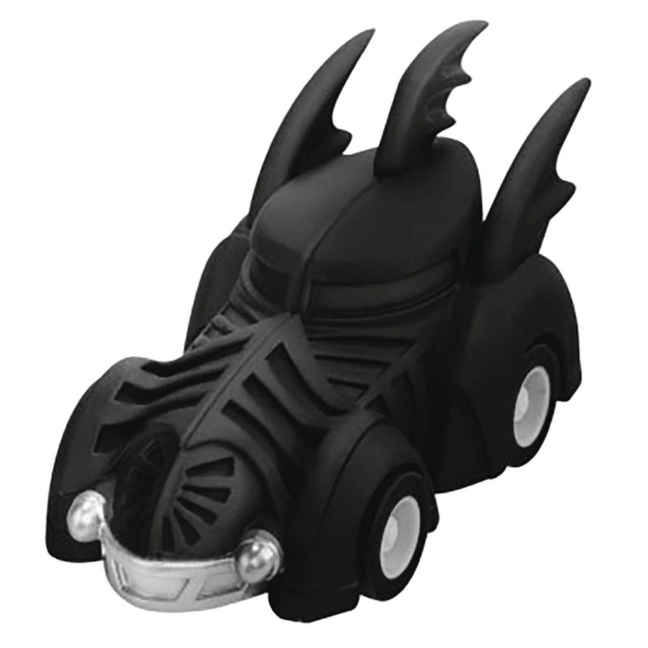