If you haven’t seen the 2016 American horror film, Terrifier, stop what you’re doing right now, buy this Broken Soul clown metal alloy brooch pin, then jump over to your online streaming service of choice and watch it ASAP!

If you haven’t seen the 2016 American horror film, Terrifier, stop what you’re doing right now, buy this Broken Soul clown metal alloy brooch pin, then jump over to your online streaming service of choice and watch it ASAP!

Terrifier is a popular 2016 American slasher film written and directed by Damien Leone. The film stars Jenna Kanell, Samantha Scaffidi, Catherine Corcoran, and David Howard Thornton. Thornton portrays the murderous mime-like Art the Clown, who hunts three young women played by Kannell, Scaffidi, and Corcoran on Halloween. It marks the second feature film appearance of the Art the Clown character, after Leone’s 2013 anthology film All Hallows’ Eve, which incorporated footage from previous short films that were also directed by Leone and featured the character.

David Howard Thornton portrayal of Art the Clown received critical acclaim, particularly his use of body language. Art has become a popular figure in the horror genre. Art has been featured in a variety of merchandise such as action figures and in body tattoos. The character appears in the limited edition comic book retelling of the 2016 film. 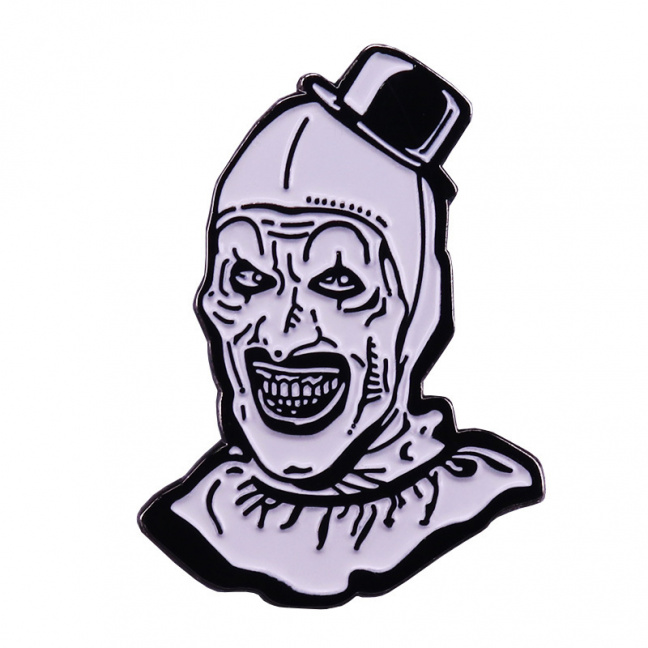