Darkhawk #1 – Who is the ALL-NEW DARKHAWK? Find out in the re-introduction of the classic Marvel series.

Darkhawk #1 – Who is the ALL-NEW DARKHAWK? Find out in the re-introduction of the classic Marvel series.

Connor Young is a seventeen-year-old star basketball player with the world ahead of him, until a surprising medical diagnosis changes everything. But what happens when a mysterious amulet finds him and gives him powers beyond belief? What will he do with these new abilities?

Get in on the ground floor as KYLE HIGGINS (RISE OF ULTRAMAN, Radiant Black) and JUANAN RAMÍREZ (WEB OF VENOM) start a new era.

Darkhawk first appeared in a Marvel self-titled debut in March 1991. He went on to make many appearances in other comic book series including Avengers, Iron Man, Runnaways, and more. He was showcased further in various video games and television series. Then his self-titled series ended in 1995. Now, Darkhawk is back in this highly-anticipated series debut. 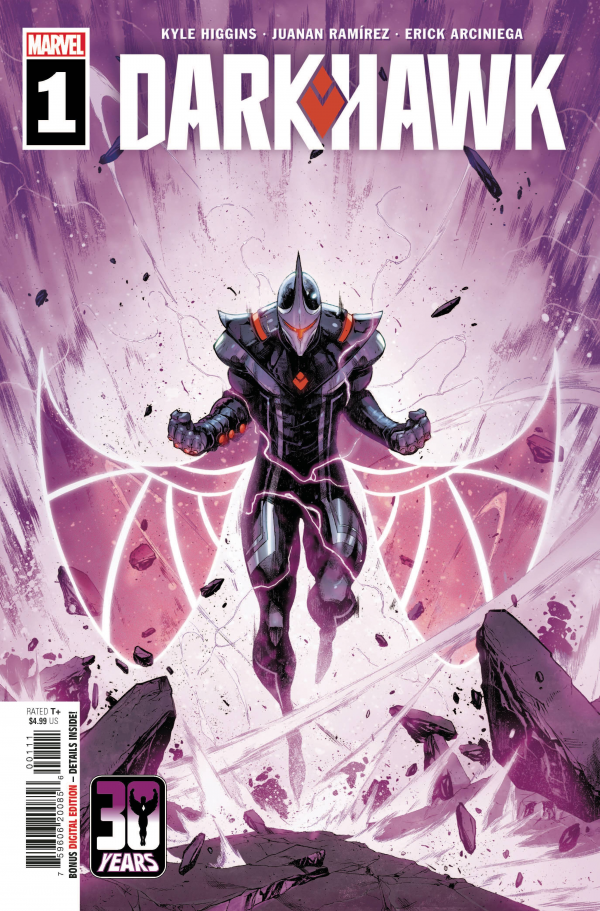