Based on the ’68 Comeback Special titled Singer Presents…Elvis, this Funko Pop of Elvis Presley features The King of Rock and Roll in his iconic jumpsuit. Complete with a diamond glitter treatment, this little Elvis Funko Pop! sparkles as if he were under those dazzling stage lights! Singer Presents  … Elvis, commonly referred to as the ’68 Comeback Special, is an Elvis Presley concert special that aired on NBC on December 3, 1968. It marked Presley’s return to live performances after a seven-year period during which he focused on his film appearances. This Elvis Presley 1968 Comeback Special Diamond Glitter Pop! figure celebrates the historic event.

The concert was initially planned as a Christmas special by the network. Producer Bob Finkel hired director Steve Binder, who, rather than creating a Christmas special, created a concert that would reflect the musical trends of the time and appeal to a younger audience. Filming took place in June 1968 at NBC Studios in Burbank, California.

The special received positive reviews and topped the Nielsen television ratings for the week in which it aired. It became the most-watched show of the television season, earning 42% of the television audience. Later known as the Comeback Special, it relaunched Presley’s singing career. 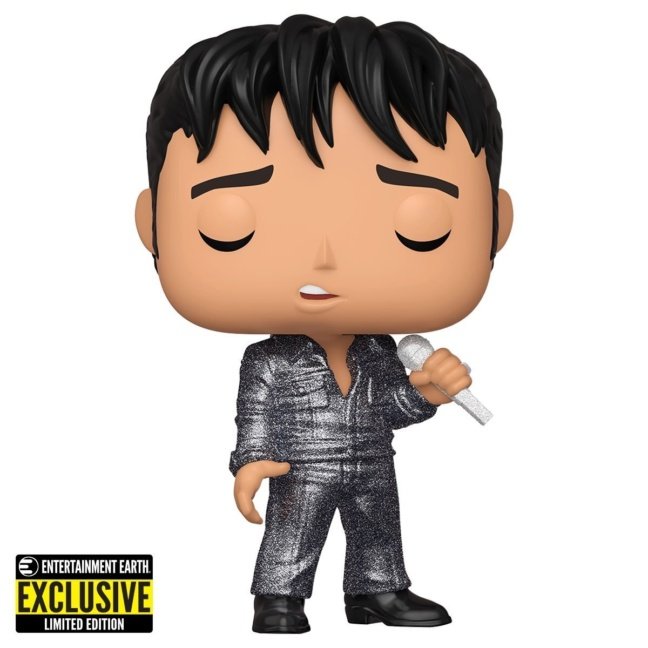