Future State Batman Superman #1 – The first issue in the Future State series takes Superman to Gotham City where he is ambushed by Pyg.

Future State Batman Superman #1 – The first issue in the Future State series takes Superman to Gotham City where he is ambushed by Pyg.

More Future State Batman! Back in the early days of the Magistrate’s occupation of Gotham City, Bruce Wayne found himself pushed to the edge like never before. So calling the Man of Steel in for backup makes sense, right? Wrong. Gotham’s sinister overlords have already sprung the ultimate trap on the Last Son of Krypton…and with Kryptonian power at your command, no one can stand in your way! Plus…where on Earth did Professor Pyg get a Kryptonite scalpel? Brace yourselves, because things are going to get gross in the caverns below Gotham… 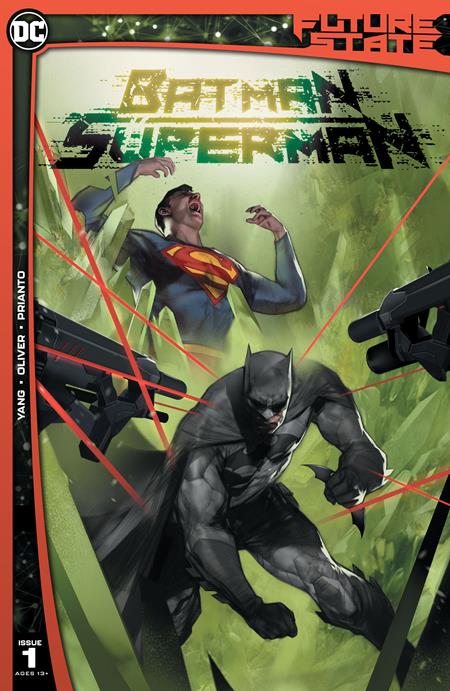