From the master Brian Bendis, the inaugural issue of Future State Legion of Super-Heroes #1 gives us a long overdue look at the Legion of Substitute Heroes!

From the master Brian Bendis, the inaugural issue of Future State Legion of Super-Heroes #1 gives us a long overdue look at the Legion of Substitute Heroes!

Whatever happened to the Legion of Super-Heroes? The team is no more, and the United Planets are in total chaos as one of the Legion’s own has turned on the entire galaxy! Everyone is affected…and not everyone survived! Ultra Boy tries to put the Legion back together to face the future head on! Find out the fates of all your favorite Legionnaires like Shadow Lass, Triplicate Girl, Brainiac Five, and Bouncing Boy. Plus, a shocking twist in the Legion mythology—and a long overdue appearance by the Legion of Substitute Heroes! It’s all here in a truly way-out tale by writer Brian Michael Bendis and artist extraordinaire Riley Rossmo! 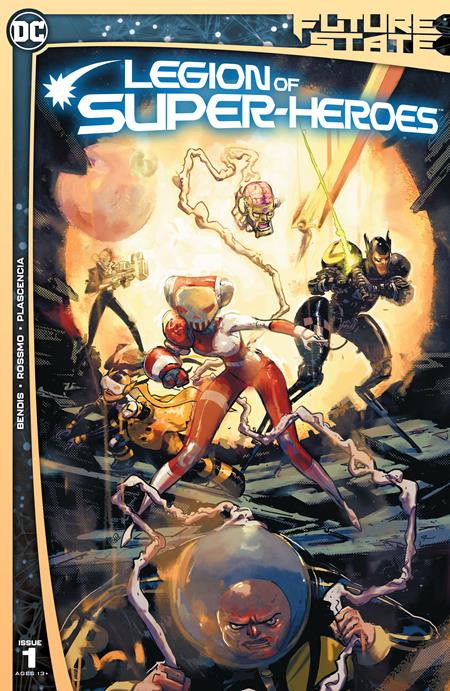