War is his business and his passion – and he’s got money to burn! G.I. Joe Classified Series 6-Inch Profit Director Destro Action Figure was once sold as a Comic-Con Exclusive. Now you can get yours here!

War is his business and his passion – and he’s got money to burn! G.I. Joe Classified Series 6-Inch Profit Director Destro Action Figure was once sold as a Comic-Con Exclusive. Now you can get yours here!

Laird James McCullen Destro XXIV, usually referred to simply as Destro, is the leader of the Iron Grenadiers, founder of M.A.R.S. Industries, and a weapons manufacturer and supplier for Cobra. And he’s got money to burn!

This Hasbro G.I. Joe Classified Series 6-Inch Profit Director Destro Action Figure based on a couple of previously released Destro action figures which fans have named with a somewhat similar acronym. One was sold as a Comic-Con exclusive a few years ago, the other was a very, very limited release as a Toys R Us exclusive in 1997 (the Pimp Daddy Destro).

The Pimp Daddy Destro (PDD) is a nick-name given to an incredibly rare & valuable G.I.Joe 3 3/4″ action figure of the character Destro, which was produced as part of the Cobra Command Team set in 1997. The PDD has an outlandish  ” leopard spot ” paint scheme on it’s collar and upper legs, which distinguishes it from the mass released 1997 Destros (which commonly feature all black paint on the collar & upper legs). This bizarre spotted paint scheme lead collectors to jokingly refer to this figure as the ” Pimp Daddy Destro “. The name stuck…and the rest is history.

This version is a little more amped up, but the leopard print dates back to that 1997 limited release. It’s a holy grail piece! 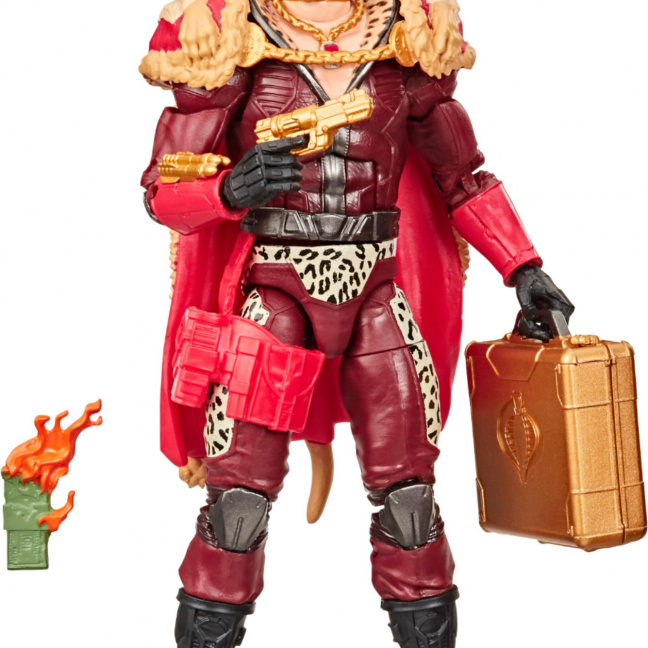