This Glo Worm glow in the dark Funko Pop is a retro Hasbro toy classic for your Pop! Vinyl figure collection!

This Glo Worm glow in the dark Funko Pop is a retro Hasbro toy classic for your Pop! Vinyl figure collection!

Glo Worm was a stuffed toy designed by Hasbro’s Playskool division. First introduced in 1982, the plush, pajamaed worm contained a battery-powered light that created a soft glow when the toy was squeezed. The original Hasbro toy was a huge success, reaching legendary status in the toy world. Now you can capture the history of the Glo Worm with this retro Glo Worm glow-in-the-dark Funko Pop figure. 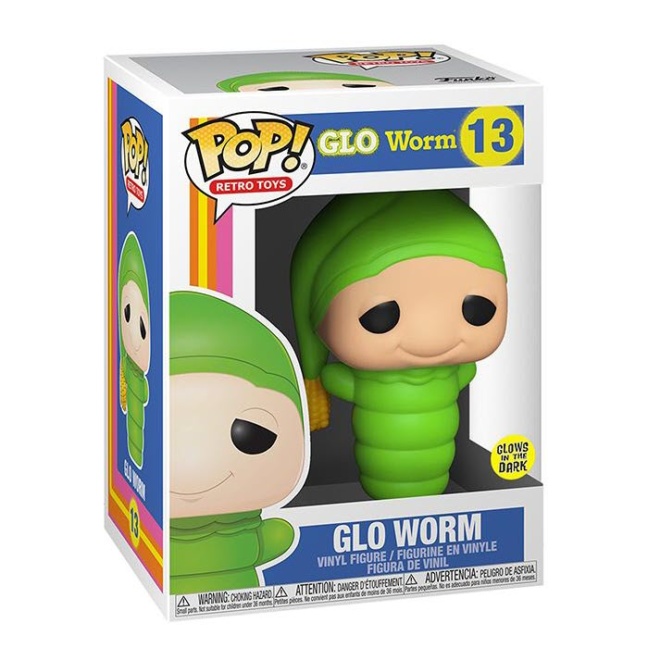