The troopers are coming and now the foot soldier of the First Order is the latest Legends in 3D bust. Check out this Limited-Edition Star Wars: The Force Awakens Legends in 3D First Order Stormtrooper 1:2 Scale Bust!

The troopers are coming and now the foot soldier of the First Order is the latest Legends in 3D bust. Check out this Limited-Edition Star Wars: The Force Awakens Legends in 3D First Order Stormtrooper 1:2 Scale Bust!

Measuring approximately 10-inches tall and weighing more than 5 lbs, this half-scale bust of a Star Wars First Order Stormtrooper is limited to only 1,000 numbered pieces. It is constructed of solid resin and features detailed sculpting and paint applications. It comes packaged with a numbered certificate of authenticity in a full-color box. Add this galactic soldier to your ranks today!

The First Order’s infantry units wore stark white armor derived from that worn by the Republic’s clone troopers and the Empire’s stormtroopers. Members of this new generation of stormtroopers are trained from birth, growing up with unit designations instead of names and fed a steady diet of First Order propaganda to ensure absolute loyalty. Where the Empire opted for numbing routine, the First Order’s training simulations and live-fire drills encourage improvisation on the battlefield, making these stormtroopers more dangerous than their Imperial predecessors.

Diamond Select Toys (or “DST”) was founded in 1999 by sister company Diamond Comic Distributors, as a manufacturer of toys and collectibles for kids and adults of all ages. With the acquisition of Art Asylum in 2007 and Gentle Giant Ltd. in 2019, their broad range of products, licenses, and talent. 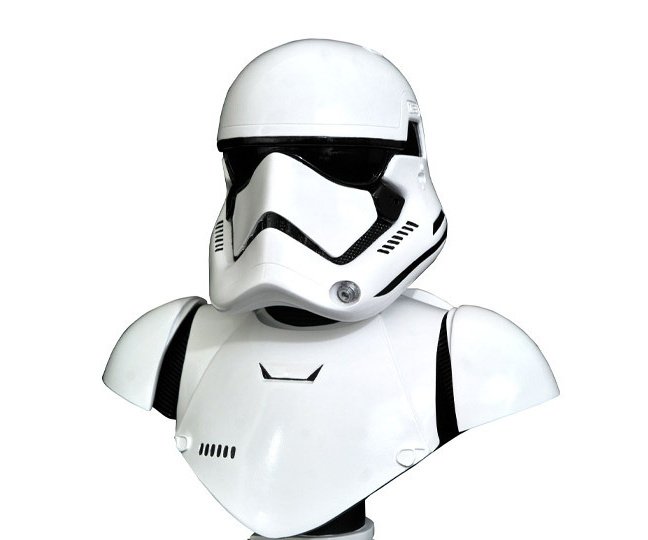