The Tasmanian Devil, aka Taz, only appeared in five shorts before Warner Bros. Cartoons shut down in 1964. However, marketing and television appearances propelled Taz to new popularity in the 1990’s. Today, the dim-witted Carnivore with a notoriously short temper is ranked #9 on Screen Rant’s 10 Funniest Looney Tunes Characters. This Space Jam Taz Funko Pop! Vinyl Figure measures approximately 3 3/4-inches tall and comes packaged in a window display box.

There are limited edition chase variants in this pack. In case you didn’t know: What is a “chase variant” and why is it so special? Well, variants are slightly different productions made in limited number and inserted into the standard production run. Kind of like a golden ticket, you just never know when you might receive one! These variants are often called chase items because they’re the versions that the most enthusiastic collectors are always chasing after to get. 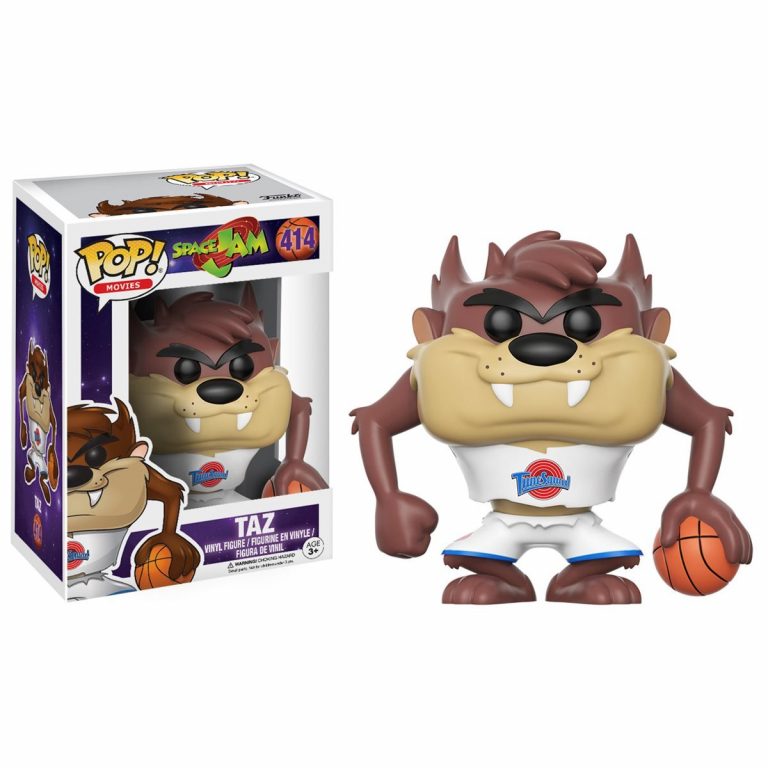