Battle droids, also known as combat droids, clankers, droid soldiers, or battle bots, were a type of droid designed for intense (but comical) combat. Over the years, many different models of battle droids were introduced throughout the Star Wars galaxy. Clumsily ineffective and comically stupid, they’re a Star Wars fan favorite.

This Star Wars Heavy Battle Droid 3 3/4-Inch Action Figure from Hasbro is fully articulated (11 points of articulation) with poseable head, arms, and legs and features realistic detail in all aspects of its design. It can be displayed in action figure and vehicle collections. Armed with heavier firepower than ever, this Trade Federation surplus robot is now ready to take on every force in the galaxy! Comes armed with heavy blaster rifles and shield emitters to deflect most incoming enemy fire. 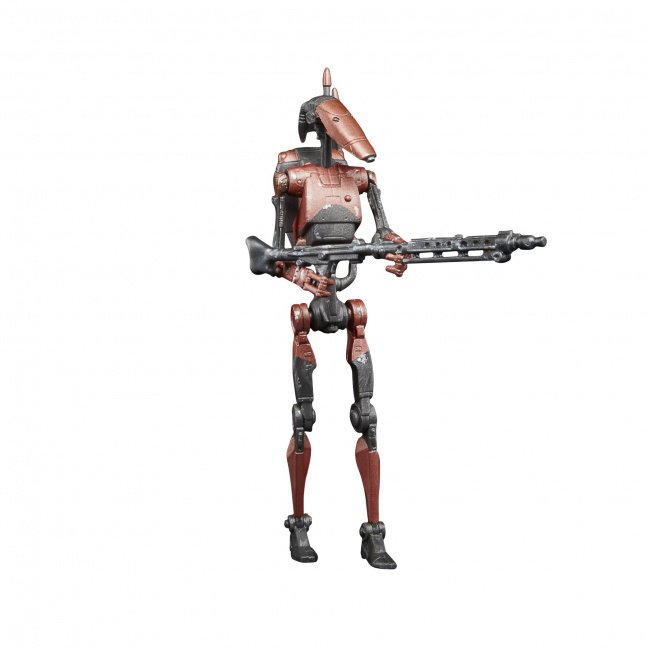