You don’t have to be Tibetan or a Buddhist to appreciate this stunning work of art. This imported Tibetan Six Syllable Mantra “Om Mani Padme Hum” Bracelet features rhinestone, gold-inlayed beads.

You don’t have to be Tibetan or a Buddhist to appreciate this stunning work of art. This imported Tibetan Six Syllable Mantra “Om Mani Padme Hum” Bracelet features rhinestone, gold-inlayed beads.

Chanting in general soothes the senses. Om-mani-padme-hum is comprised of four words, and those four melodic words are all the words on many Tibetan prayer items. Om mani padme hum derives from ancient Buddhist mantra. In English, this rhythmic chant literally translates to “Praise to the Jewel in the Lotus.” 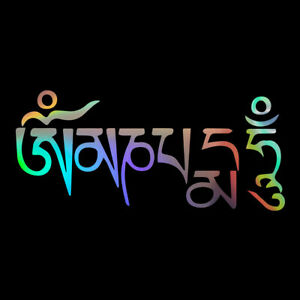 In Tibetan Buddhism, this is the most ubiquitous mantra and the most popular form of religious practice, performed by laypersons and monastics alike. It is also an ever present feature of the landscape, commonly carved onto rocks, known as mani stones, painted into the sides of hills or else it is written on prayer flags and prayer wheels.

There are a lot of different meanings and different opinions on what each syllable means. Generally, each syllable represents one of the six goals of Buddhist existence. In this text the mantra is seen as the condensed form of all Buddhist teachings. 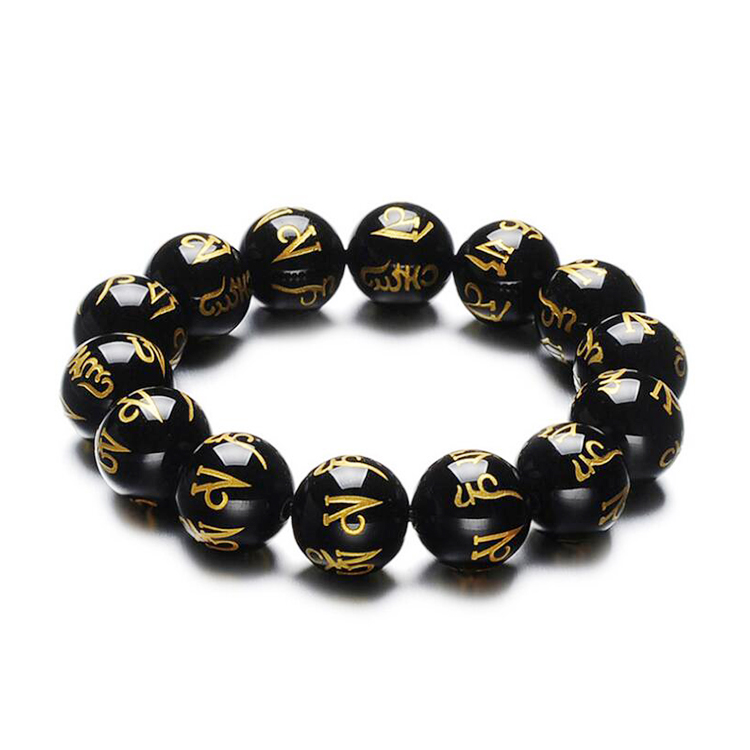