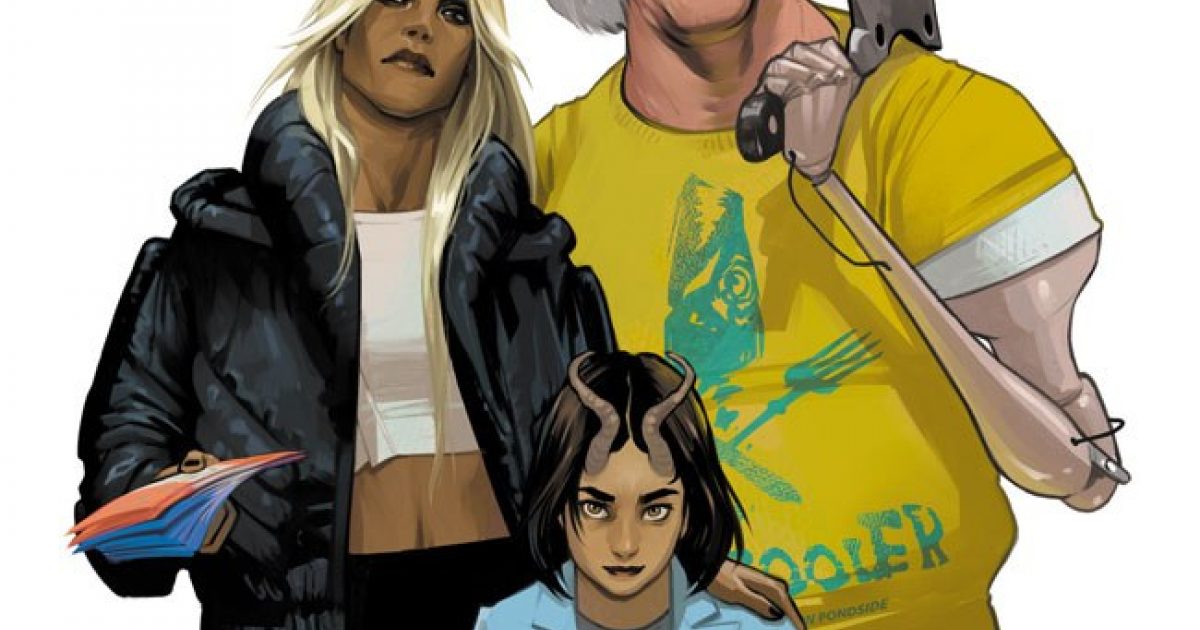 On July 25, 2018, Saga issue #54 was published, ending the first half of the series’ run on a major cliffhanger. Writer Brian K. Vaughan wrote in the letter column of the final issue:

“After fifty-four issues and over 1,200 consecutive pages of sequential storytelling together, Fiona and I have decided to take an extended break before we eventually reunite with Saga #55. And unlike our usual three months of ‘Vacationanza’ between arcs, we plan to pause publication of this series for at least the next year.”

The series then went on an “indefinite hiatus” for more than two years.

Today, Image Comics announced the return of the bestselling series to shelves. The long anticipated Saga #55 issue will kick off a new story arc and land in stores on Wednesday, January 26. Vaughn said:

“Other than my own family, collaborating with Fiona Staples on Saga is the most important thing in my life, so I can’t thank readers and retailers enough for their patience. I think our next 54 issues will be even more shocking, strange, and spectacular than the first 54, so we can’t wait to be back on the shelves at your local comic shop soon.”

“I’ve really missed connecting with readers through the pages of Saga, so I’m thrilled to roll up my sleeves and dive into this world again. The next arc is already going places I never imagined. I’m so grateful that we’re able to keep doing this!”

As thanks for fans’ endless patience, the Saga team will return with a double-length issue—44 pages of story for the regular $2.99 price point—without variant covers or gimmicky renumbering. Just more pulse-pounding adventure, heart-wrenching character drama, and gloriously graphic sex and violence, as Saga begins the second half of the series and the most epic chapter yet.

“Saga launched at Image during the company’s 20th anniversary in 2012, so it seems more than fitting that the series is returning to shops just in time for our 30th anniversary next year. I can think of few better ways to celebrate what Image is all about than by welcoming back one of the most incredible storytelling teams in comics history as they embark on the second half of a true epic-in-the-making.”

Saga has sold seven million copies to date across single issue, trade paperback, compendium, hardcover, and digital editions and has been translated into 20 languages. The series also boasts multiple Eisner Awards, Harvey Awards, a Hugo Award, British Fantasy Award, Goodreads Choice Award, Shuster Award, Inkwell Award, Ringo Award, and more. It has been featured in such mainstream media outlets as TIME, Entertainment Weekly, The Atlantic, NPR, and more. The series has become a pop culture phenomenon and has been immortalized with references and Easter eggs appearing in such popular TV shows as Supernatural, The Big Bang Theory, and The Simpsons.

Saga #55 (Diamond Code NOV210030) will be available at comic book shops on Wednesday, January 26. Image projects the demand for the issue will be high.