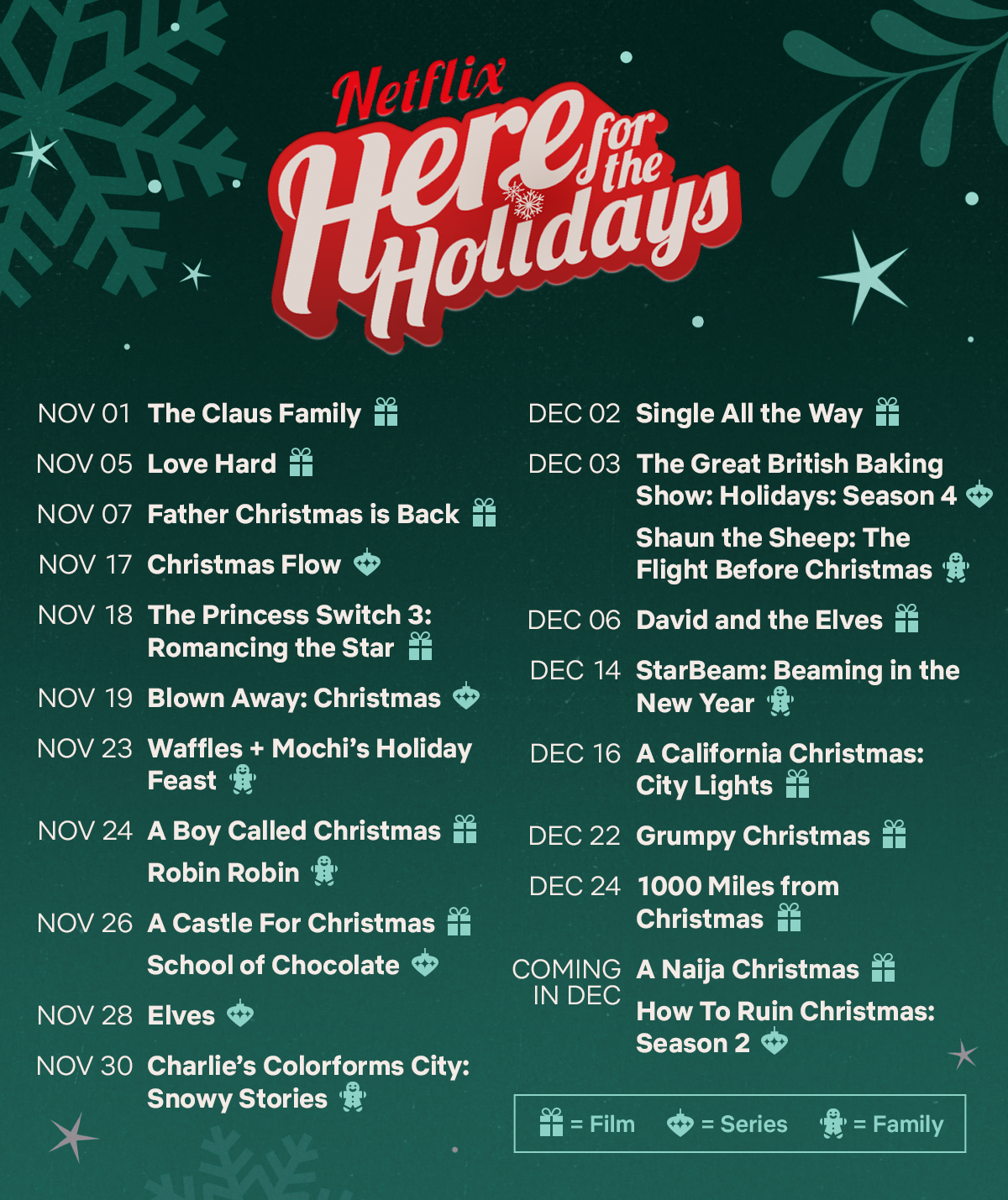 Mark your calendars, because this year, Netflix has some special gifts for subscribers – and they gave it to us with a song:

Five rom-coms a-loving: Love Hard, Single All The Way, A Castle for Christmas, 1000 Miles From Christmas and the culmination of The Princess Switch 3: Romancing the Star.

And one adventure series with a touch of horror to scare you into the new year: Elves.”