“How do you say ‘scared s**tless’ in Italian?” Check out this Alien and Predator Collection Grid Xenomorph Figure with Magazine and you’ll understand why we ask…

“How do you say ‘scared sh*tless’ in Italian?” Check out this Alien and Predator Collection Grid Xenomorph Figure with Magazine and you’ll understand why we ask…

The “alpha Alien” in the 2004 crossover film Alien vs. Predator, “Grid” was a Xenomorph named for the crosshatch scarring on its skull, the result of being caught in a Predator net. Designed and constructed by Italian special effects designer Carlo Rambaldi, this chilling 1:16 scale Alien and Predator Collection Grid Xenomorph Figure with Magazine places Grid in the depths of the Predator’s pyramid, standing atop the skulls of countless sacrificial victims. From the masters are NECA and measuring roughly 5 2/5-inches tall, the hand-painted replica is cast in metallic resin and was designed using materials straight from the film studio. Add it to your AVP collection today!

Xenomorph Grid spawned after human intervention activated an ancient Alien pyramid beneath the Arctic in Alien vs Predator. Also known as “Nethead” and the “alpha-Alien,” Grid hunted humans and Predators alike, racking up an impressive kill-count with its vicious double-jaws and lethal prehensile tail. 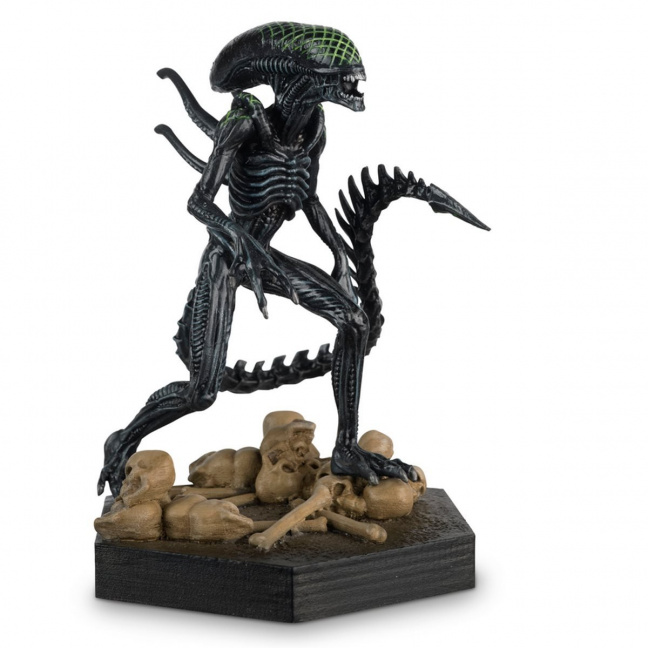