These Joker and Harley Quinn block figurines are a must-have for any collection. Attach the two arms to the body, attach hands, put shoulders on body, helmet on head, head on body, weapons in hand, and attach to the included base plate.

These Joker and Harley Quinn block figurines are a must-have for any collection.

The Joker has been Batman’s nemesis since 1940 (the Joker first appearance, Batman April 25, 1940) but Harley Quinn only appeared in 1992 in Batman: The Animated Series. Since the showing of Suicide Squad, the popularity of the ill-matched lovers has soared. These Joker and Harley Quinn themed packages contain about 10 standard parts you use to build the Lego-compatible character. Attach the two arms to the body, attach hands, put shoulders on body, helmet on head, head on body, weapons in hand, and attach to the included base plate.

Note: Packages often have extra/spare pieces. It doesn’t mean you put it together wrong – it’s just a spare part. 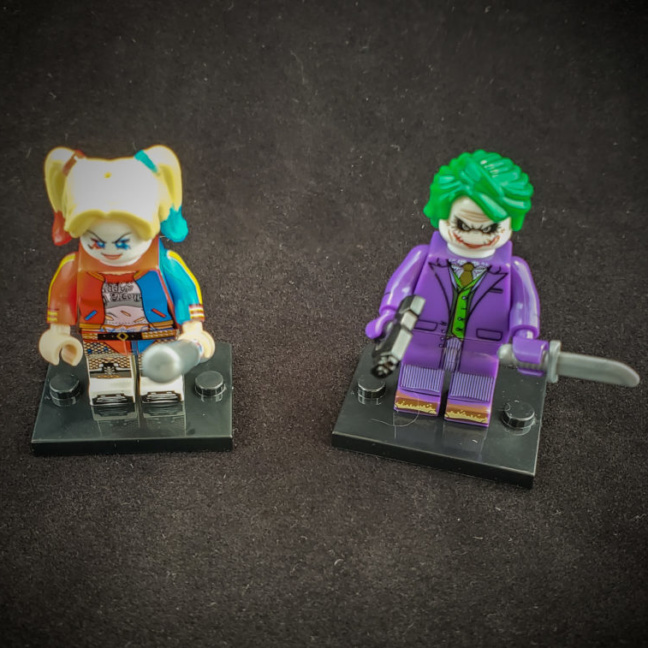