My mind is simply blown, what kind of magic is this? No magic – this Anti-gravity mind-bending balancing building block Tensegrity model is pure science!

My mind is simply blown, what kind of magic is this? No magic – this Anti-gravity mind-bending balancing building block Tensegrity model is pure science!

This Anti-gravity mind-bending balancing building block Tensegrity model includes more than 176 pieces. Each piece of blocks is manufactured by high-quality plastics, toxic-free, and lead safe material with the highest standards. The blocks are big-name compatible and close to the precision you see with Lego blocks.

This Anti-gravity mind-bending balancing building block Tensegrity model is essentially a small tension integrity sculpture. The center of gravity of the upper part of the model makes all chains in tension, thus forming a stable system that seems to overcome gravity. The completed tensegrity model can be used as a decorative conversation piece for home and office.

Note on construction: Instructions are included and are fairly accurate. Once built, we suggest you superglue the bricks together, especially the vertical arms and base. 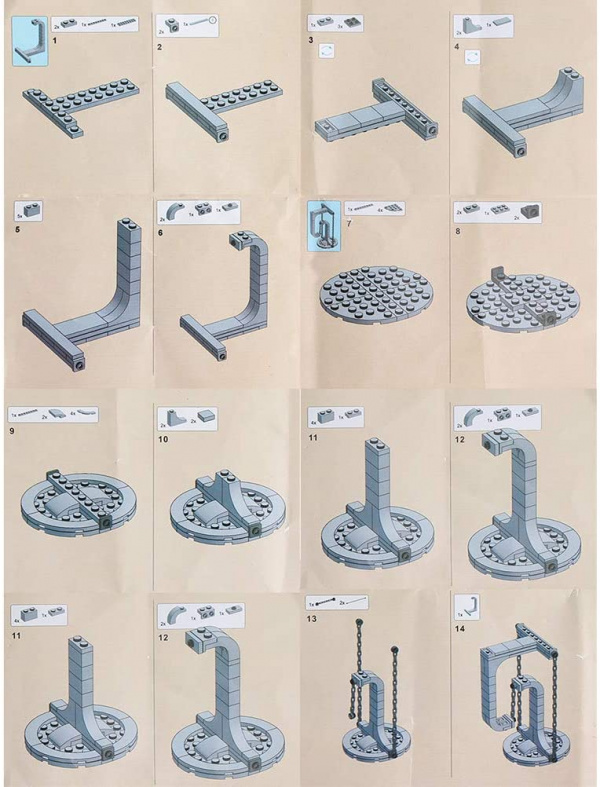 Tensegrity is a term with a rich and sprawling history. It was coined by Buckminster Fuller, the iconoclastic architect, engineer, and poet, to describe his vision of a new kind of architecture, one that looked like it was built by nature instead of by humans. In contrast to the pyramids, columns, and brick-on-brick buildings of the past, which pile solid elements compressively, one on top of the other, Fuller imagined a world full of unconventional structures that maintain their stability, or integrity, through a pervasive tensional force, hence the term tensegrity. 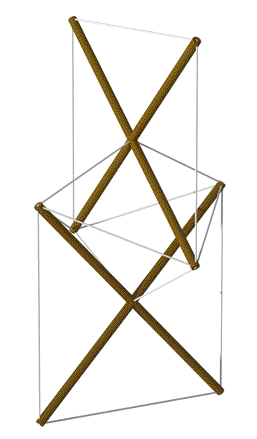 Fuller began developing his vision in the 1920s, but it was his student, the sculptor Kenneth Snelson, who, in 1949, created the first structure to be defined as a “tensegrity”. Using two X-shaped wooden struts suspended in air by a taut nylon cable, Snelson captured the defining features of tensegrity: 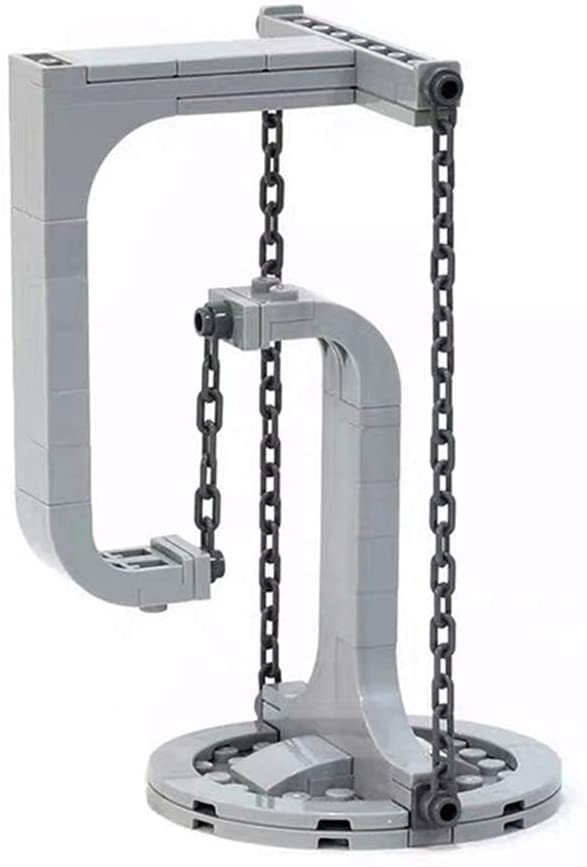