Witness the undoing in Future State Immortal Wonder Woman #2, the conclusion of the historic Future State arc in.

Witness the undoing in Future State Immortal Wonder Woman #2, the conclusion of the historic Future State arc in.

The Undoing is here. Superman couldn’t stop it. Darkseid couldn’t stop it. Only Diana Prince is left to hold back the being that could spell the complete disintegration of the cosmos. But will even Wonder Woman be powerful enough for the task?
Meanwhile, in another future, Nubia’s attempts to stop the theft of ancient artifacts have led her to an even bigger conspiracy, and an even bigger foe. Circe is up to her old tricks, even after all these years—and she has an offer that Nubia will find hard to refuse.
(W) Michael Conrad, L.L. McKinney, Becky Cloonan (A) Mark Morales, Alitha Martinez (CA) Jen Bartel 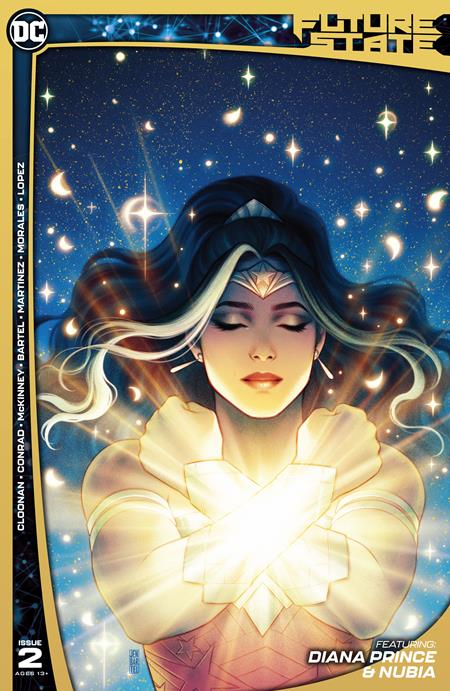