Will we see the long-awaited reunion with Batman? Together, can they rescue the Magistrate’s prisoners? We will find out in Future State Catwoman #2, the conclusion of the popular Catwoman Future State arc.

Will we see the long-awaited reunion with Batman? Together, can they rescue the Magistrate’s prisoners? We will find out in Future State Catwoman #2, the conclusion of the popular Catwoman Future State arc.

Catwoman has clawed her way through half of the Magistrate’s bullet train, but her fight has only just begun! Now, with Onomatopoeia in tow, Selina (Catwoman) makes her way toward the car carrying a ghost of her past, and Gotham’s as well. It’s Bruce Wayne…but is it really Batman? And with Talia al Ghul on board as well, will this be a long-awaited reunion between the Bat and Cat, or will Selina’s mission to rescue the Magistrate’s prisoners go off the rails? We find out in Future State Catwoman #2!
(W) Ram V (A) Otto Schmidt (CA) Liam Sharp 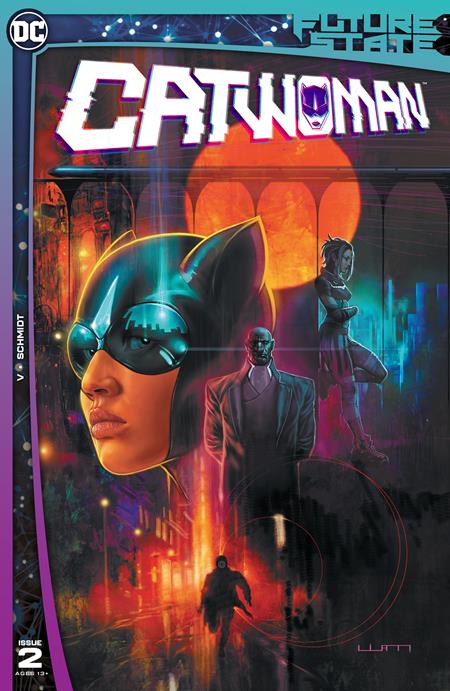