The historic All-Negro Comics #1, published in 1947, was a single-issue comic book that is the first known comics magazine written and drawn solely by African-American writers and artists.

The historic All-Negro Comics #1, published in 1947, was a single-issue comic book that is the first known comic book written and drawn solely by African-American writers and artists and featuring black superheroes. Remastered and digitally enhanced.

Working for the Philadelphia Record, Orrin Cromwell Evans was the first black writer to cover general assignments for a mainstream white newspaper in the United States. After the Record closed in 1947, Evans thought he could use comic books to further highlight “the splendid history of Negro journalism”. Evans partnered with former Record editor Harry T. Saylor, Record sports editor Bill Driscoll, and two others (John Terrell and “Cooper”) to found the Philadelphia publishing company All-Negro Comics, Inc., with himself as president. In mid-1947, the company published All-Negro Comics, a 48-page, standard-sized comic book with a typical glossy color cover and newsprint interior. It was copyrighted July 15, 1947, with a June 1947 issue date. Its press run and distribution are unknown.

Evans attempted to publish a second issue but was unable to purchase the newsprint required. It is believed Evans was blocked from doing so by prejudiced distributors, as well as from competing, white-owned publishers. 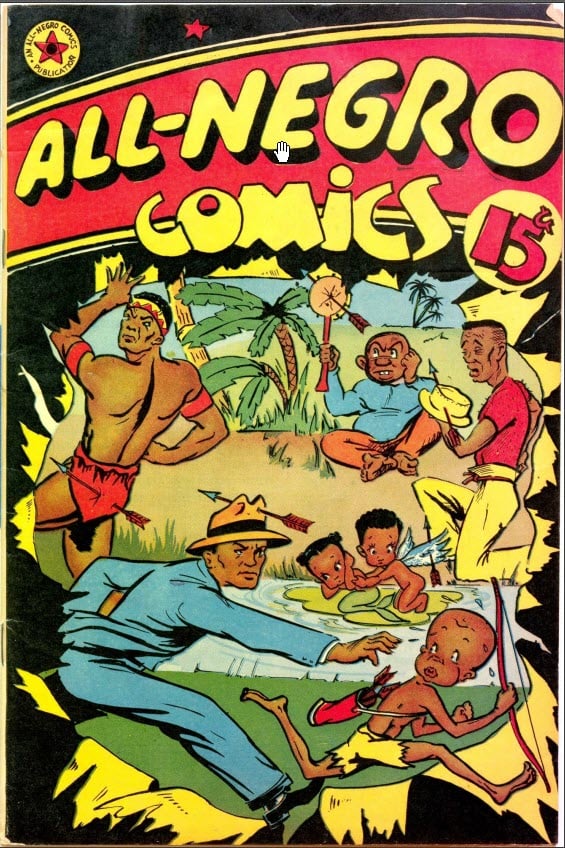