These Iron Man block figuring packages contain about 10 standard Lego-compatible parts you use to build the classic Iron Man character.

Iron Man has come a long way since his first appearance in Tales of Suspense #39 in 1963. He now ranks 12th on IGN’s “Top 100 Comic Book Heroes”. These Iron Man block figuring packages contain about 10 standard Lego-compatible parts you use to build the classic Iron Man character. Assembly is simple – attach the two arms to the body, attach hands, put shoulders on body, helmet on head, head on body, weapons in hand, and attach to the included base plate. Perfect for your office desk (or school desk if you want to piss off your teacher).

The legend, Stan Lee, created the Iron Man superhero as a means to explore Cold War themes that were pervasive at the time. His objective was to take a timely look at America’s technology and the industrial war machines that were built to intimidated Russia during the fight against communism.

Note: Packages often have extra/spare pieces. It doesn’t mean you put it together wrong – it’s just a spare part. 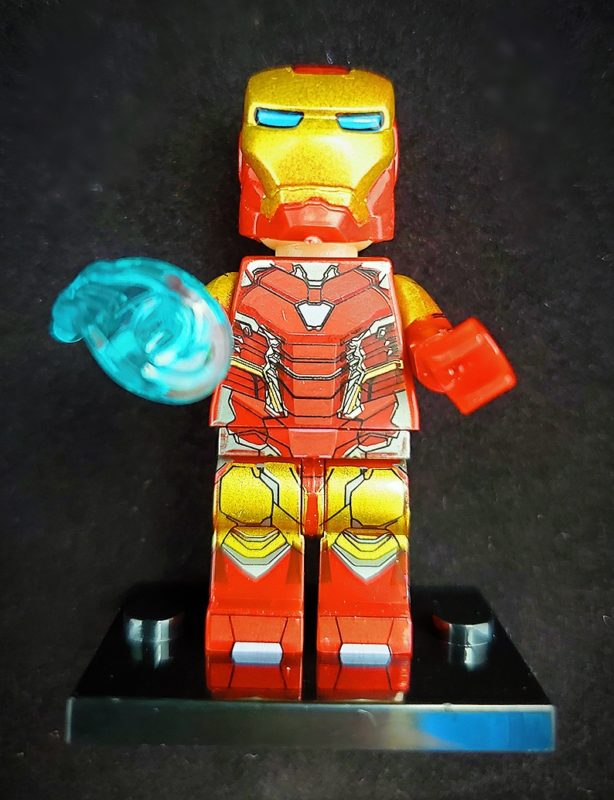