We predict the premiere issue of RWBY Justice League #1 will be a sleeper issue that lays low for a while then jumps to $500 for CGC 9.8!

We predict the premiere issue of RWBY Justice League #1 will be a sleeper issue that lays low for a while then jumps to $500 for CGC 9.8!

The DC Universe and the world of RWBY collide in this new miniseries! Discover the Bruce Wayne, Clark Kent, and Diana Prince of Remnant as Team RWBY comes face to face with new versions of DCs paragons of justice. A new Grimm is running rampant around the island of Patch, and Ruby and Yang must team up with a young farm boy to stop it! Meanwhile, Blake meets a mysterious woman whos appeared on Menagerie, but what is her purpose? And why does she act like she hasnt been around modern society? 32 pages, full color. Rated T+ 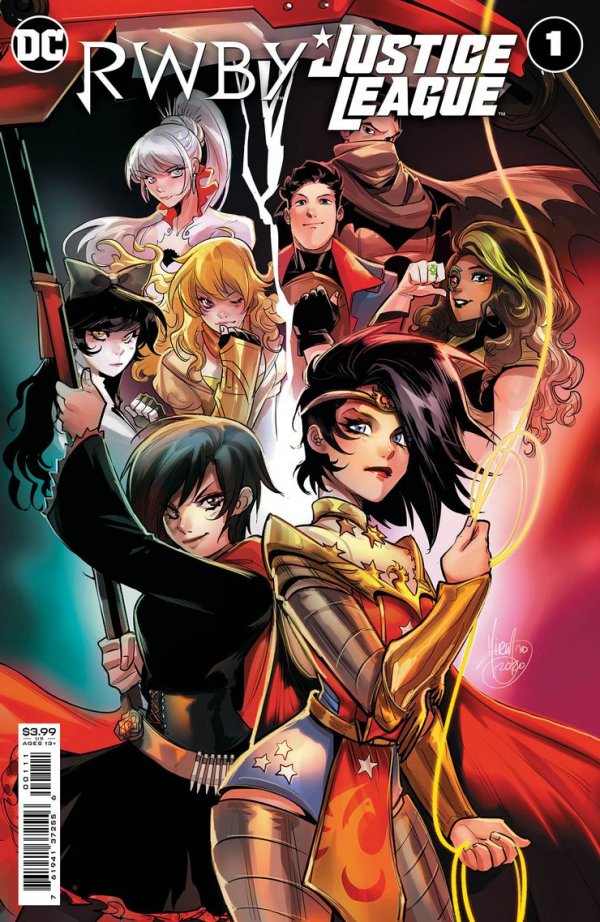