Following the groundbreaking first issue, Harley Quinn #2 gives us another classic Derrick Chew cover. Sure to be a sought-after collectable edition!

Following the groundbreaking first issue, Harley Quinn #2 gives us another classic Derrick Chew cover. Sure to be a sought-after collectable edition!

Ya sure you wanna double down on this gimmick? Awright already—Ill do it! Harley Quinn back again to tell ya that my mission to help heal Gotham City has already hit some bumps in the road. The awful Hugo Strange—psychiatrist, fitness freak, and expert on tiny glasses—is trying to deal with Gotham City’s clown problem, and get this! The city is endorsing him while everyone keeps giving me grief! The only person who believes in me is my new sidekick, Kevin.

You’re going to find out some real dark stuff about him in this issue, too! Were both going to have to keep our guard up, cuz Hugo has an army of creepy orderlies he’s about to send after us. 32 pages, full color. Rated T+ 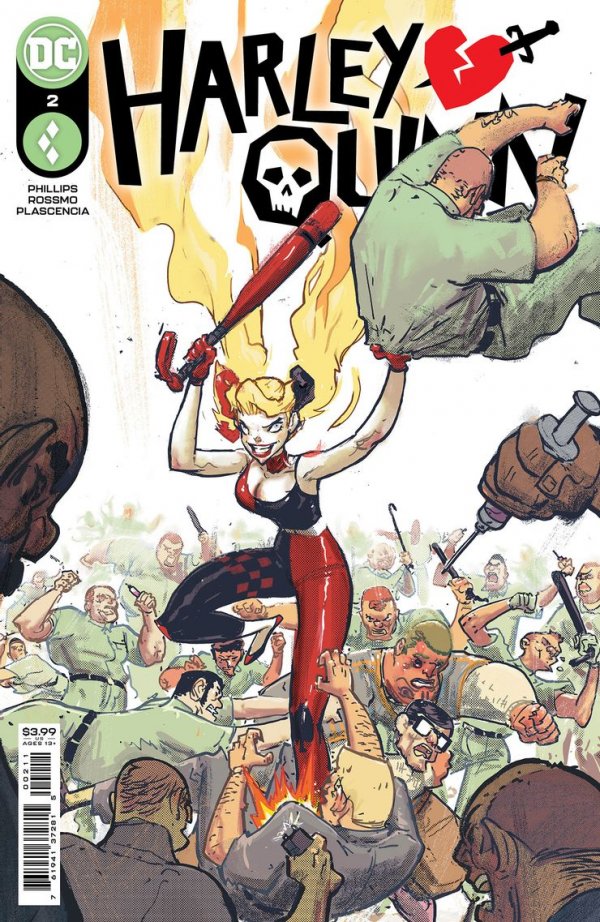