The Original TEDCO gyroscope toy (with a clear display box)

The look and construction of the TEDCO gyroscope toy has remained unchanged for more than 100 years. It continues to perplex young and old alike with its peculiar ways that seem to defy gravity.

The TEDCO gyroscope toy was first produced in 1911 (not 1917 as is often claimed) by Hurst manufacturing. It was later produced by Chandler manufacturing under the name of ‘the Chandler Gyroscope’. In the first half of the 20th century, this gyroscope toy was widely found in the variety (“five and dime”) stores across America. In 1982 the Chandler Gyroscope was purchased by TEDCO. The look and construction of the TEDCO gyroscope toy has remained unchanged for more than 100 years. It continues to perplex young and old alike with its peculiar ways that seem to defy gravity.

With each Tedco ‘Original’ gyroscope you get:

Note: There is a small break in one of the outer rings. It is a “butt” joint, where the two ends butted together. It serves two purposes, it aids assembly and also allows for a minor degree of adjustment. Don’t worry, the design is basically about 100 years old now.

The principle behind the TEDCO Gyroscope Toy

Newton’s first law of motion states that a body in motion continues to move at a constant speed along a straight line unless acted upon by an unbalanced force. So the top point on the gyroscope is acted on by the force applied to the axle and begins to move toward the left. It continues trying to move leftward because of Newton’s first law of motion, but the gyro’s spinning rotates it. As the two points rotate, they continue their motion. 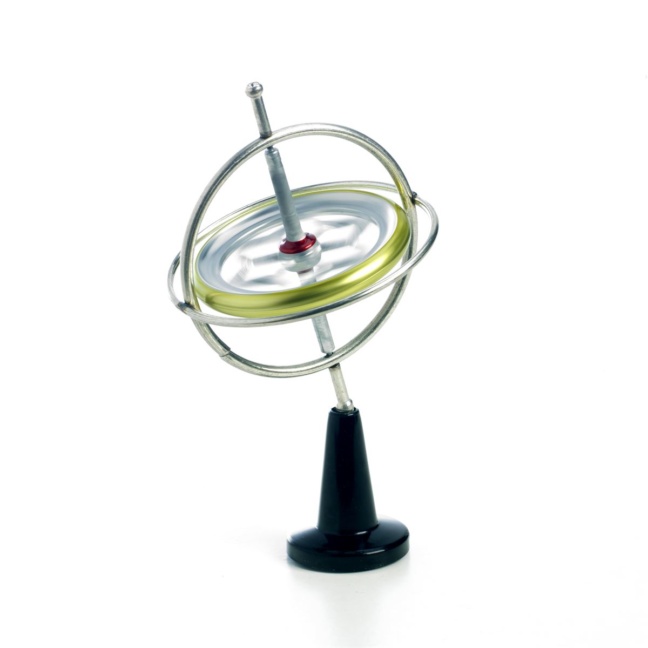 You're viewing: The Original TEDCO gyroscope toy (with a clear display box) $6.99
Add to cart
Posting....