Boy, are we stoked about this one! This EXCLUSIVE Studio Series 77 Deluxe Class Transformers: Bumblebee-inspired N.E.S.T. Bumblebee figure converts from robot to JEEP in 26 steps!

Boy, are we stoked about this one! This EXCLUSIVE Studio Series 77 Deluxe Class Transformers: Bumblebee-inspired N.E.S.T. Bumblebee figure converts from robot to JEEP in 26 steps!

“A classified strike team called NEST. We hunt for what remains of our Decepticon foes, hiding in different countries around the globe.” – Optimus Prime, Revenge of the Fallen

This is an awesome Transformer. 26 steps from Bumblebee to Jeep. Remove backdrop to showcase N.E.S.T. Bumblebee in the Canyon Attack scene. Re-imagined as a NEST (Non-biological Extraterrestrial Species Treaty) Jeep, Bumblebee and the Autobots team up with N.E.S.T. to protect the Allspark from the Decepticons. Figure comes in an attractive windowed display box and includes blaster accessory and mini Sam Witwicky figure to create a movie universe-inspired scene!

Following the disbanding of Sector Seven, Non-biological Extraterrestrial Species Treaty (NEST) was set up under William Lennox to create a combined Human/Autobot defense force against Decepticons. Under the classified Alien/Autobot Cooperation Act, the Autobots share intelligence and personnel with the US, but not their advanced weaponry. 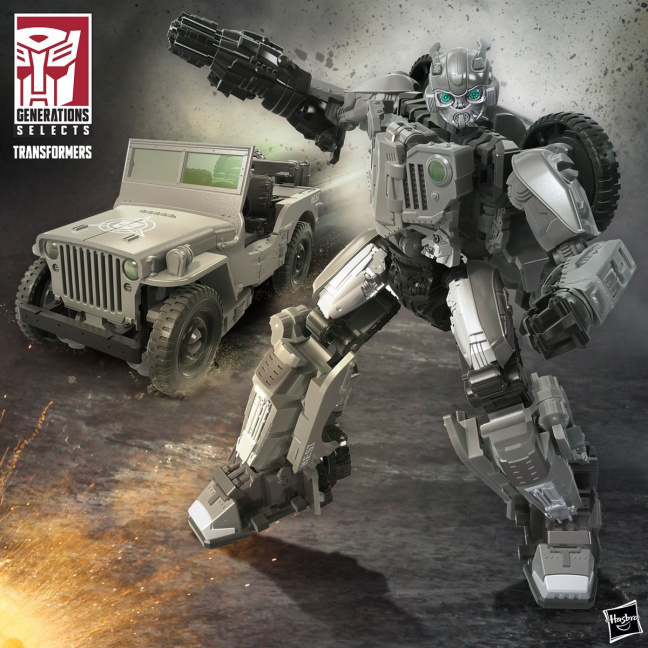