X-Corp #2 is the follow-up to X-Corp’s shocking debut – the sure-to-be contentious drug references in the Foche’s beautiful cover art set this one up for a world of controversy – and an Eisner nomination.

X-Corp #2 is the follow-up to X-Corp’s shocking debut – the sure-to-be contentious drug references in the Foche’s beautiful cover art set this one up for a world of controversy – and an Eisner nomination.

The deals have been made. Mutantkind is safe on Krakoa. What are the wants of the mutants who have everything? Leading the charge is X-CORPORATION, headed by CXOs Monet St. Croix and Warren Worthington, a duo as cutthroat and ruthless in the boardroom as they are on a battlefield. But X-Corp needs more than just its figureheads. As Monet sets out to staff their team with some of the brightest and most deviant minds in mutantkind, Warren finds himself in a tense confrontation with one of Krakoa’s first allies who wants to knoMonet St. Croixw the truth: on Angel’s wings, will X-Corp crash or soar? TINI HOWARD and ALBERTO FOCHE prove that mutantkind means business!

A shark in the water! After X-CORP’s shocking debut, they’ve got fences to mend, hands to shake and most importantly—a board to staff. With Dr. Jamie Madrox’s top-class dupes staffing the HELLFIRE GALA, CXOs Monet and Angel must stalk the dance floor and hope they don’t get preyed on themselves. 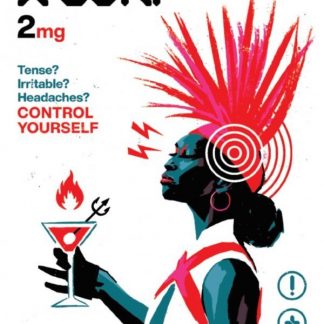