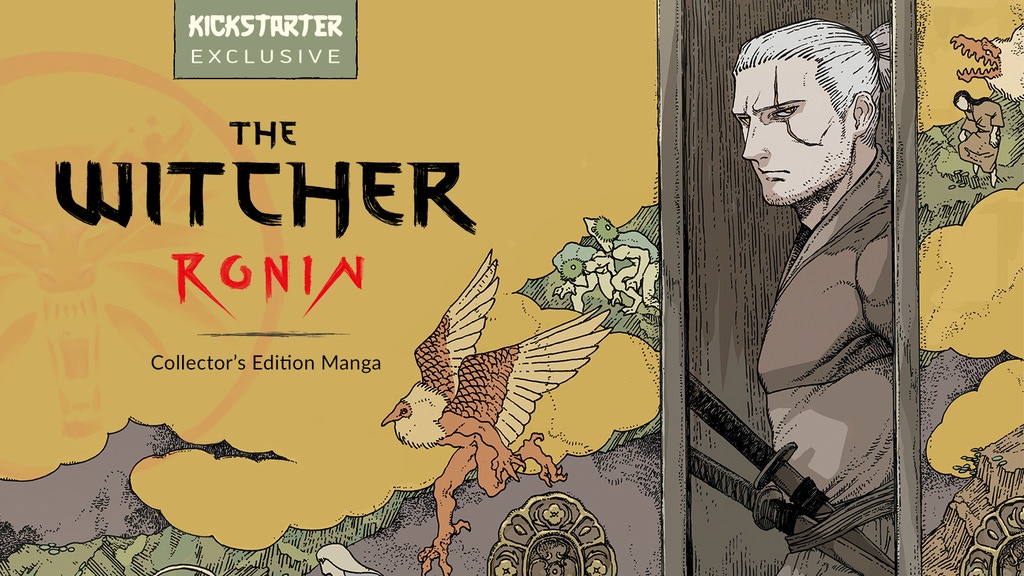 The Witcher: Ronin is an original comic, created and published by CD PROJEKT RED, which translates the dark fantasy world of The Witcher into a feudal Japanese setting. The story focuses on monster slayer Geralt, who must venture across Yokai-infested lands while attempting to track down the mysterious Lady of Snow Yuki Onna. The Kickstarter campaign is centered on the exclusive Hard Copy Collector’s Edition of the manga, which includes the main narrative of the comic, three short comic stories featuring fan-favorite Witcher characters, as well as behind-the-scenes content — with more additional content planned to be added throughout the campaign.

Currently, backers can support the project via multiple pledge tiers which, in addition to granting the Hard Copy Collector’s Edition of the manga, also grant supporters with extra artwork created by manga artist Hataya — who pens all the artwork for The Witcher: Ronin. What’s more, backers can supplement their pledge with a choice of add-ons, including a set of 5 Ronin-themed decorative pins, as well as a tote bag. The campaign has also launched with a special Early Bird offer for supporters who back the campaign and reserve their copy of The Witcher: Ronin within the first 24 hours. Those who do so will receive a collectible 12 cm monochrome miniature with their pledge, depicting Geralt locked in battle with a deadly Tengu.

CD PROJEKT RED’s Rafał Jaki, who conceptualized and wrote the story for the manga, said:

“Being able to break away and take on this ‘what-if?’ scenario, where The Witcher is rooted in Japanese history and tradition, has opened up many compelling storytelling opportunities; and having Hataya on board to create the artwork has also been a real treat. I’ve always envisioned Geralt to fit the mold of a wandering Ronin character, and the more I thought about it, the more I could see that feudal Japan, with its rich history of Yokai tales and folklore, fits the style of The Witcher world perfectly.”

Rafał Jaki also spoke about how Kickstarter presents the ideal format for this exclusive version of the comic:

“Kickstarter is a great platform for us because it puts us right in touch with the community. It’s a clear way for us to see how many people are also interested in seeing this concept play out, and it also gives us a chance to mold this Hard Copy Collector’s Edition around the supporters. The base version of this Kickstarter exclusive edition is already packed with content, but we can go further, and I believe our Kickstarter supporters can be the key to making that happen. We have many exciting things to present to our backers during the campaign should the interest be there!”