After cameoing as a truck driver in Thor and an institutionalized patient in Thor: The Dark World, Stan Lee came back to round off the trilogy with an appearance in Thor: Ragnarok as the Ragnarok barber. Mid-way through the movie, as Thor goes for “processing” at the Grandmaster’s arena, he sits in a barber’s chair for a cut. Given a whirring blade attachment instead of hands, Lee appears as some sort of twisted Edward Scissorhands to provide Thor’s clean-cut appearance. In the scene. Thor is none to happy to see the contraption Lee is about to use on his hair and begs to keep his signature hairdo. Lee doesn’t listen, and warns Thor that in his old age, his hands are not as steady as they used to be. Later in the movie, Thor mentions “some creepy old guy” that cut off his hair.

Collector note: The Stan Lee Ragnarok Funko Pop has sold out at many retailers (including Amazon). Prices for used items have begun increasing on auction websites. 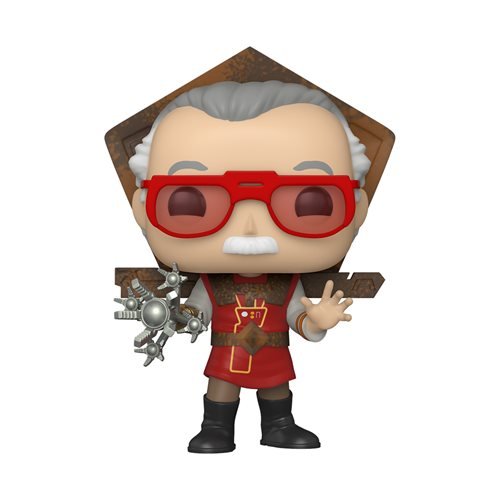