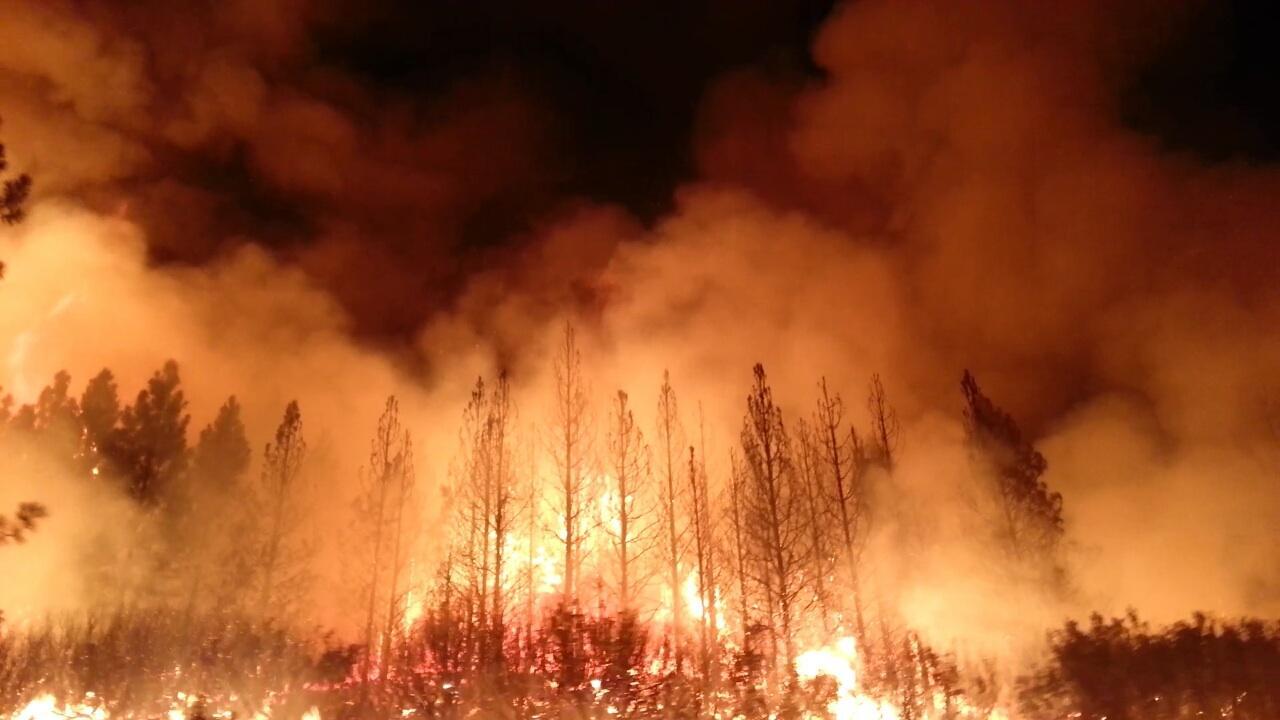 Giant sequoias, the largest trees on earth, have been growing in the western United States for thousands of years. During that time, they’ve survived countless wildfires. Ring studies show 2,000-year-old sequoias with up to eighty burn scars. Today however, the National Park Service says that because of climate change, the survival of the giant sequoias is now at stake. Thomas Swetnam, professor Emeritus at the University of Arizona’s Laboratory of Tree-Ring Research warned,

“If we have more years like these, we’re gonna lose most of our giant sequoias, if not all of them.”

Sequoias have bark that is especially fire-resistant. In fact, it’s common for sequoia trees to have bark 2-feet-thick near their base which serves as insulation against fires. Still, since 2020, fires have killed up to 20% of the giant sequoias in the Sierra Nevada with an estimated 85% impacted by wildfire in the past six year. Why? Because climate change has turned wildfires into intense, fiery infernos.

California is witnessing one of the worst droughts in recorded history and the drier the fuel, the more likely a wildfire will burn faster and hotter. In fact, because of the heavy fuel, fires are burning so intensely and ferociously hot that they are creating their own weather with heat from the fires creating fire-driven thunderstorms, albeit without the rain. The hot, high winds from the thunderstorms further fuel the fire’s intensity.

“Heat and drought exacerbated by climate change, combined with the plethora of accumulating fuel from millions of dead trees, are now leading to infernos with flames so high they can eventually reach the crown of sequoias.”

As the planet warms, climate scientists warn that the things putting forests under stress — drought, heat and wildfire — are expected to occur more frequently.