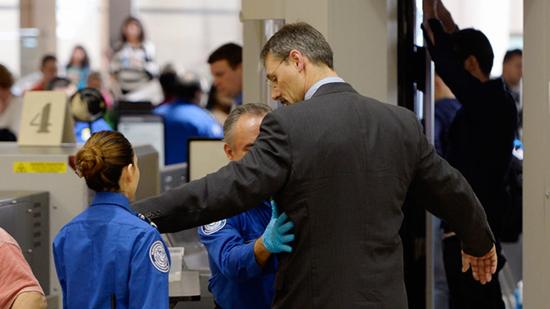 Why I felt I was on a government list

People often wonder if their names have somehow made it on the “The List”, the watchlist of US citizens whom the government suspects may be up to something nefarious. I would venture to say, the best way to know if you’re on the watchlist would be to recognize how often you find yourself forced into unique situations that fall beyond the norm.

I run several websites, some of which could be considered controversial, dealing with topics such as government conspiracy, security, foreign governments, survival, chemical science, etc. I also work for a critical infrastructure  company that requires monthly flights to various home offices around the country. A few years ago, I went through a period of time when *every* time I passed through security, I was pulled aside. After more than a year or so of being singled out, you gotta figure your name is on some sort of list. Was it time to head underground?

Ever-the-conspiracist, forever looking over your shoulder

Geeks by nature are often conspiracists, probably because their minds tend to spot deviations in patterns better than most. That doesn’t mean those patterns point to conspiracy of course, but it’s why nerds often lean towards alternative explanations for things.  In my case, this week presented the latest string of oddities – a series of unusual occurrences that on the surface, seemed too remote to be random chance. And they all occurred within hours after the attacks in New York and New Jersey.

First, within hours after the bombings on 9/17, my Internet was shutoff. That’s fairly unusual for my installation. I use AT&T high-speed and may see a downtime of a few hours every year or so. This could have been chance except I was the only person in the neighborhood affected *and* it took AT&T four days to get it back online. That is *highly* unusual. In fact, it’s never taken more than a day to fix some whacky wiring glitch or bad box. This time we were visited by a half-dozen different guys (and I couldn’t help but notice that the first few seemed “off”) before they finally repaired the connection which turned out to be a “broken wire” in a station about a quarter-mile from my home.

While I waited on AT&T to figure out the problem, I connected via a 4G cellular connection, another connection that I rarely have problems with. This time, I found my machines going offline due to frequent disconnects. It wasn’t until I started tunneling through a VPN that I could get a stable connection that held on for more than a few hours. That’s when I found that my Dark Web .onion website was offline. It hadn’t crashed nor was the service down – the machine had been rebooted and was sitting on the login screen (I purposely require manual starts for the .onion services).

I jump onto another machine to check the dark web logs when I find the fourth unusual occurrence. My tor browser was gone, each shortcut graciously telling me no such program existed and offering to remove the icon with one simple click. I searched the harddrive and found no trace of the tor browser – which by the way, I typically fire up a couple of times each week. By now my mind has switched to full subterfuge mode (“Honey, please, keep those curtains closed!”).

The last straw came the following day when I received a shipment of laboratory equipment. I run a science website for kids and am setting up a lab to conduct chemistry experiment demos. The box arrived covered with tape. I turned it over and found that the end had been cut away and taped over. It wasn’t a small gouge in the cardboard either, the entire end had been neatly cut out leaving an opening a few inches wide that someone had covered up with tape. WTF?  If I request a FOIA on my name will I get a bunch of documents back with my name blacked out?

I don’t necessarily attribute these occurrences as the works of an evil government set on isolating me from the world while they sort things out in New York City. However, I will indeed be watching to see if occurrences like this happen to other people during key national emergencies.

How to get on a government watchlist

The inner workings of a watchlist nomination are of course unknown – the government has been extremely secretive about the names on the various watch lists.  However, there are a few well-known ways to get your name put on the federal government’s watchlist.  It basically just takes any action that a machine-learning algorithm calculates is outside the norm.

Here’s how you can get your name on a government watchlist:

How to tell if your name is on a government watchlist

Reportedly, there used to be a way to query the FBI system but that has long been removed from their website.  Today, the only way to find out if your name is on a list is to act on your suspicions.

Here are ways to tell if your name is on a government watchlist:

How to get off a government watchlist

Of course, if you’re on the watchlist for a valid reason, get used to it.  Otherwise, there is one action you can take to potentially have your name removed from the list.

However, be aware that removal of your name from “the list” can only be done by the agency that put you on the list in the first place.  That means you have to find the agency that nominated you for the list and appeal to them directly.  Yeah, good luck with that.